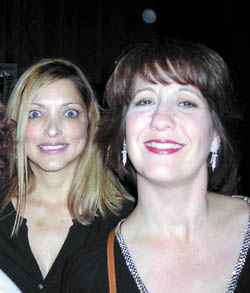 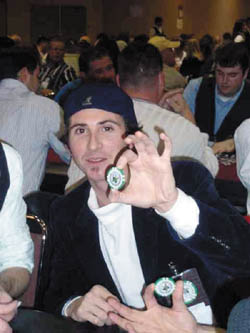 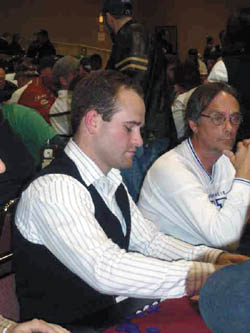 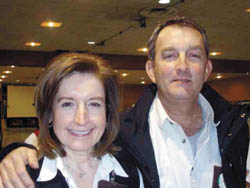 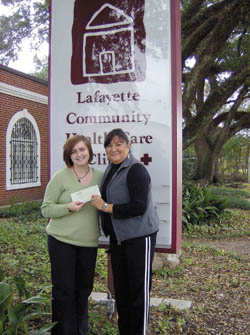 Time is on her side. Irma Thomas, the Soul Queen of New Orleans, played Friday, Jan. 19, at Grant Street Dancehall to benefit Faith House, the local crisis shelter for women and children. I hear Grant Street holds 600-700 people, and the place was so packed that people were sitting on the bar just to get a glimpse of Irma onstage. The Soul Queen entertained with her commentary as well as her songs, treating everyone like her best friend. She let the men in the audience in on a little secret, telling them, "If you come home and your woman is crying, just hold her tight." Amen! My soul sister, Lafayette loves you, and thanks for all the performances you give year-round to benefit worthy causes.

Do you know when to hold 'em and when to fold 'em? With IDs in hand, nearly 550 people gathered at the Heymann Center on Wednesday, Jan. 17, to try their hand at the United Way of Acadiana's 3rd Annual Acadiana Series of Poker Texas Hold'em tournament. Chevron employees worked alongside United Way of Acadiana employees and other community volunteers for this event. The tournament raised more than $57,000 for UW of Acadiana. Prizes were awarded to the top 10 players, and after almost six straight hours of play, first-place winner Frank Leblanc walked away with a Visa gift card for $5,000, a championship ring and a seat at the Small Town Poker Tour tournament to be held in Las Vegas. Frank donated $1,000 of his winnings back to UW. He's the best kind of gambler ' one who gambles to give back! We have a few more high rollers: second-place winner Li Pham won a $3,000 Visa Gift Card, and third-place winner Sean Landry was awarded a $2,000 card. "The poker tournament has become a 'big deal' for United Way of Acadiana and this community," says Margaret Trahan, president/CEO United Way of Acadiana. "The real winners are the people whose lives are made better through the 60 different programs we fund." I'm feeling lucky already for the next tournament, scheduled for October 2007.

Speaking of funding, a donation to the Lafayette Community Healthcare Clinic was in the cards recently. Amy's Country Candles, located in the Acadiana Mall, recently presented LCHC with a portion of all sales from its annual event, "The Magical Night of Giving." Kristi Bradley, district manager for Amy's Country Candles, presented Jeanette Alcon, executive director of the Lafayette Community Healthcare Clinic, with a check for more than $900 on Dec. 21. Lots of local residents will benefit from this donation. Paying it forward is Party Girl's motto ' so keep on giving on!