The message from the Lafayette Public Education Stakeholders Council to the school board is simple: Get your priorities straight.

The message from the Lafayette Public Education Stakeholders Council to the school board is simple: Get your priorities straight.

In a press release issued Tuesday, LaPESC - a coalition of local community groups that came together in 2009 to advocate and push for academic excellence in Lafayette Parish's public school system - lays out its position on the current state of affairs gripping the school system, namely the board's abject refusal to abide by Act 1 and its hardheadedness toward allowing Superintendent Pat Cooper the necessary breathing space to conduct his job effectively without a constant fight. 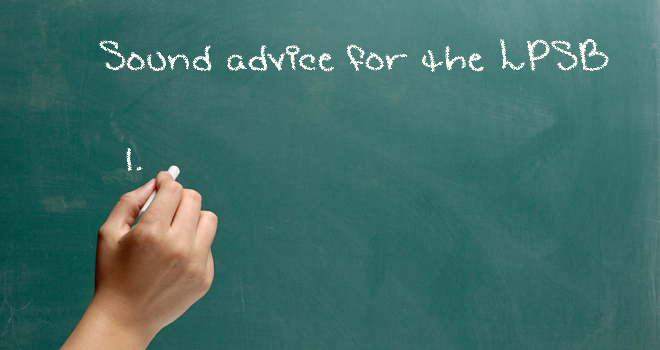 "[T]he superintendent must be given the unfettered authority to do his or her job without being micromanaged or threatened with litigation or dismissal by the school board as he or she administers district affairs," the release states.

Not only is Cooper charged with overseeing a $438 million budget, more than 4,300 employees and about 31,000 students, thanks to the school board, he's also been forced into dealing with what seems like a never-ending turf war, one that has led to the board's push to hire an outside law firm for an investigation most aptly described as a "witch hunt."

In addition to the investigation of Cooper, the board's animosity toward the superintendent has continued to climb, as has its unwillingness to even listen to the people who put them into office, as seen at the April 3, 2013 meeting, when hundreds of community members crammed into the school system office to protest the board's reprimand of Cooper. Over the last year, the situation has only worsened, with board members rolling their eyes and snickering among themselves as the superintendent speaks, countless questions for Cooper and his staff that could have been avoided had they read the meeting agenda packets, and even a call to police by board member Tehmi Chassion with allegations that he was physically accosted by Cooper during a closed door executive session.

To promote student performance and school system effectiveness, the Lafayette Parish School Board should govern so that it:

2. Clearly defines short-term and long-term measurable goals for student performance and system effectiveness for the district.

3. Holds the superintendent accountable for achieving board established goals and incorporate as part of his/her annual performance evaluation.

4. Reviews board and system goals on student achievement and system effectiveness at least quarterly at a regularly scheduled board meeting to assure that reasonable progress is being made.

6. Holds itself accountable to the entire community.

8. Handles conflict respectfully and ensures that comments are inquiring, challenging or solution oriented.

9. Publicly responds to comments and concerns expressed at board meetings by citizens and stakeholder groups.

10. Bases its decisions on information found in research, data, policies, best practices and alignment with board and system goals.

LaPESC has also come out in support of two of state Rep. Nancy Landry's bills, House Bills 1231 and 1232, both of which the board recently opposed during a specially called meeting held last week.

HB 1231 empowers BESE to bring legal action to sanction noncompliant local school boards whose actions exceed standards of governance set out under state law. HB 1232 prohibits a school board from taking or threatening any action intended to interfere with, compel, or coerce any personnel decision by the superintendent or a school principal such as when they deal with issues involving job descriptions or assignment of personnel. Together, the two bills effectively address overstepping and micro-managing by elected school members.

While Act 1 of the 2012 Legislative Session delineated the powers between superintendents and school boards - giving supers the authority to oversee personnel decisions while charging school boards with policy making - Landry's bills would create a much-needed set of repercussions for boards like ours that are unwilling to abide.