NEW ORLEANS (AP) - New Orleans native and jazz vocalist Anais St. John says every aspect of her life has led to her upcoming debut in her hometown's most celebrated music festival.

The cabaret-style performer, who grew up singing in her church choir and went on to study opera and musical performance at Xavier University and the University of New Orleans, started out as a cocktail waitress occasionally sitting in on jazz trios in the city's lounges singing songs like "The Newness of You" and "They Can't Take That Away From Me."

St. John, 40, said she knew from a young age that she wanted to sing on a stage at the New Orleans Jazz and Heritage Festival, arguably the city's most acclaimed music event which annually draws hundreds of thousands of visitors.

She gets that chance Thursday when she performs on the opening day of the festival's second weekend, in a lineup that also includes Lyle Lovett, singer-pianist Marcia Ball, Gal Holiday and The String Cheese Incident.

"It's been a long time coming," said St. John. "Everything in my life has led me to this moment."

St. John has performed at New Orleans' French Quarter Festival for years and international festivals as well, but getting an invitation to Jazz Fest is one of her highest achievements, thus far.

"I've dreamt of being on that stage one day," said St. John, whose career includes the city's theatre scene and years-long gigs at some of its finest hotels. "Now that it's finally here. It really is a completion of being a New Orleans musician."

St. John was perhaps destined for a career in music. Her father, who she didn't get to know until later in life, is the late Marion Brown, a jazz alto saxophonist who was a member of the 1960s avant-garde jazz scene in New York City, playing alongside musicians such as John Coltrane, Archie Shepp and John Tchicai. Brown performed on Coltrane's landmark 1965 album, "Ascension."

"He's a part of me, and I think where I get my musical talent," she said, adding that she was grateful that she was able to get to know him before his death in 2010. 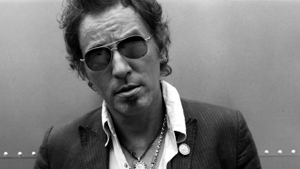 Jazz Fest spans two weekends and includes hundreds of acts from across the globe, but more than 80 percent of the lineup is from Louisiana. Besides jazz, blues and gospel, the festival includes performances by the city's Mardi Gras Indians and social aid and pleasure clubs.