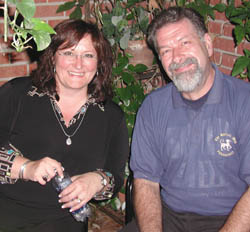 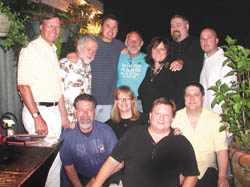 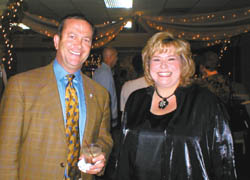 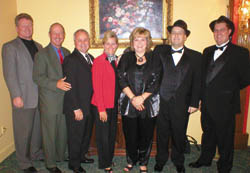 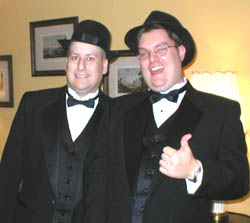 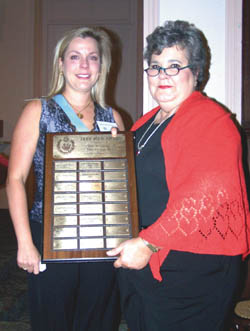 The holiday season is approaching mes amis, and y'all know what that means? Parties, parties, parties! Downtown officials announced plans last week for a city Christmas tree and lighting of downtown, and other annual Acadiana holiday events like the Festival of Trees and Alexandre Mouton House have set their dates. In the world of local radio, there's been some partying going on, too. Perennial local radio personality Scott Seagraves ' known as "Scooter B" among many on-air names ' is moving to a new gig in Arkansas. Scott is with Regent Broadcasting now but spent much of his career with KSMB. Some KSMB veterans and alums assembled at Mike and Sarah Mitchell's home for a going away party. There to wish Scott well on the big move were Bobby Novosad, Mary Galyean, David Hubbell, Beth Faul, Rusty Galloway, "Big" Steve Small and Hans "Fast Eddie" Nelson. Gotta love those radio nicknames. Good luck, Scooter B!

Also at Regent Broadcasting, KPEL FM held its Bosses Banquet and Appreciation Night at à la carte in October. Office workers from around Acadiana faxed in info to the station about their bosses, and 20 were chosen for an evening of food, spirits, guest speakers and a token of appreciation from KPEL and Lafayette restaurants. Special guest Joey Durel thanked the bosses, and Sen. Mike Michot served as keynote speaker. The evening was a great way for KPEL to say thanks to all its bosses and employees.

Over in Grand Coteau, the Academy of the Sacred Heart Alumnae hosted its annual reunion. A cocktail party at Doe's Eat Place kicked off the weekend, followed by the Mass of Mater Admirabilis Saturday morning in the chapel at the academy. The high school chorus led the group in familiar songs from their school days, and Marie Orgeron of the class of 1966 presented the 2005 Très Bien award to the late Rita Krieg Vega, class of 1969. Christa Vega Billeaud of the class of 1990 accepted the award for her mother. A luncheon rounded out the reunion, and alumni, young and old, reunited at least until next year's festivities.