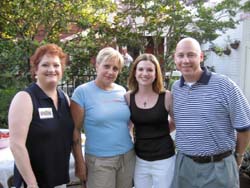 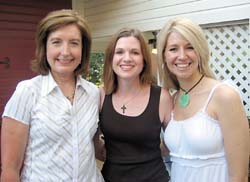 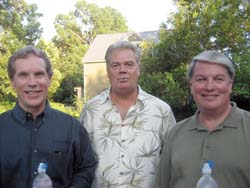 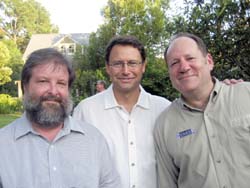 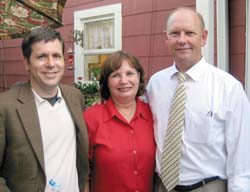 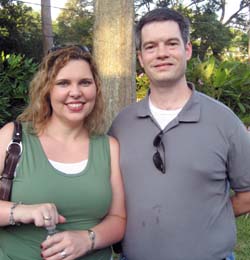 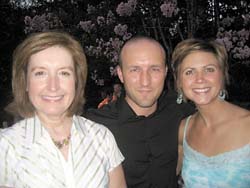 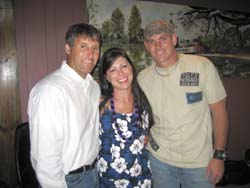 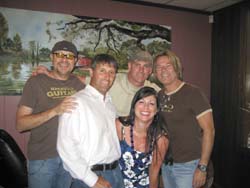 On summer evenings Party Girl prefers to keep cool indoors whenever possible, so I shudder occasionally when I receive invitations to outside events. Luckily hostesses Abigal Rasonet and Atalie Kerne are 'cool' enough to keep everyone happy, including me. The event was a welcome party for Geoff Daily, who was visiting Lafayette from Washington D.C. Geoff is the contributing editor of KillerApp.Com and Broadband Properties magazine, and he was in town researching and and educating Lafayette's tech community on the importance of broadband application development and deployment. I enjoyed every bit of the outdoors that evening, and the combination of cold beer and killer fried catfish made right before our eyes was a real crowd-pleaser. Abigail's backyard was beautifully landscaped and filled with plenty of good folks carrying on conversations into the night. Those in attendance included Keith Thibodeaux, Andre Comeaux, Howard Chaney, Margaret Trahan, Doug Menefee, Linda Larkan, guest chefs Hayden and Erlene Ransonet and many others.

Speaking of delicious food, one of Party Girl's favorite restaurants, Little River Inn, had a special guest in addition to Party Girl on June 19. Country recording artist Keith Anderson and his band members Phil Sanders and Bob Hatter happened to be in New Iberia for a radio promotion, and after hours of radio chatting the band decided they couldn't leave Louisiana without trying Cajun cuisine. Little River Inn owners Richard and Lori Hurst were more than willing to host the country boys and an impromptu performance by Anderson and his band thrilled the Hursts and kept the crowd on their toes. Anderson rocks out onstage in his performances and Party Girl loved having such a soulful ' and cute ' side dish with her meal!