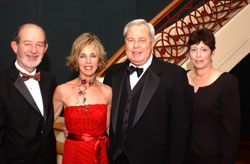 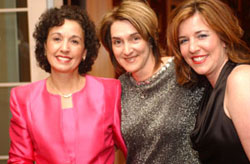 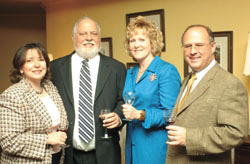 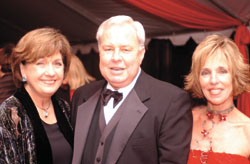 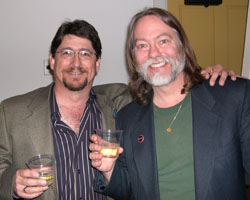 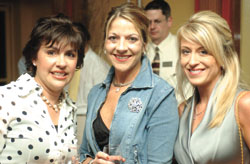 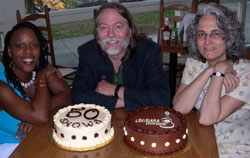 One of Party Girl's favorite things about springtime is the great weather, because everybody knows great weather means great parties! To kick off spring's arrival, the UL Lafayette Alumni Association held its annual Spring Gala. Robert and Coni Trahan were recognized this year for their ongoing commitment to the university and their dedicated service to the Lafayette community. And they're such a cute couple! Past honorees include Gov. Kathleen Blanco, Alfred Lamson and Gov. Mike Foster. The gala, the association's only fundraising event, was held on the beautiful Alumni Center grounds. Keeping with tradition, more than 100 silent and several live auction items were up for grabs, including Jerry Seinfeld tickets, an autographed Kevin Faulk jersey and a week at Kathy Ashworth and Larry Sides' Victorian beachouse in Gulf Shores. Fine food, great music and good friends rounded out the event.

Wine was the theme for the American Diabetes Association's annual Savory Sojourn. à la carte was the setting for the wine tasting, and Party Girl's tastebuds were going wild! The mood was filled with adventure and romance as guests embarked on a vicarious tour of wine country, guided by representatives from at least 10 wineries. Different wines were paired with food prepared by Acadiana's award-winning chefs, and the event was a huge success, grossing more than $40,000. Party Girl raises her wine glass to the organizers and also to Lafayette businessman Harold Abdalla who was honored for his support of the Diabetes Association for more than 15 years. Harold's parents Herbert and Evelina and his sister Barbara and her husband Tom Black came out to support him.

Party Girl also raised her champagne flute recently to toast Louisiana Crossroad's 50th show celebration at Vermilionville. The event brought together the music series' longtime supporters like Don Begneaud, Gerald Breaux, Brent and Tammy Henley and Dave Spizale, as well as Acadiana Arts Council staffers. LC Director Todd Mouton outdid himself again with the spring's series, which recently wrapped up with The Wayfaring Strangers and UL Lafayette Wind Ensemble. What a treat! The 50th show was March 23, where Scott Ainslie returned with Glenis Redmond for a wonderful night of blues, performance poetry and conversation. Ainslie's blues show in the Arts Council's old ArtHouse is what inspired the whole LC series, so it was only appropriate that he perform for this great occasion. And everyone in the house agreed that LC alum Linda Handelsman's amazing gourmet cakes were to die for! On to 100 shows!