Two individuals and a company are the first to face city-parish government in small claims court over unpaid red-light camera citations.

Two individuals and a company are the first to face city-parish government in small claims court over unpaid red-light camera citations.

Lafayette Consolidated Government has filed suit against two individuals and a company over the trio's unpaid citations from the SafeLight/SafeSpeed program, which uses cameras mounted on selected traffic lights as well as so-called "speed vans" to catch motorists for speeding and running red lights.

According to The Advertiser, Caleb Joseph Funke, who has accrued $2,475 in fines, Arthur Barry III ($2,212) and McNabb Rehabilitation Services Inc. ($1,717) are the targets of the suits filed with Lafayette City Court. 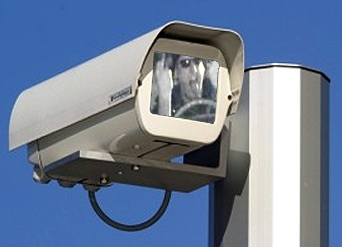 In this photo illustration, an image of motorist Mark Henderson,
snapped by an actual red-light camera, shows him speeding through
an intersection while offering obscene gestures to the camera.

Small claims court only handles claims up to $5,000, but there are many more - individuals and companies - that will face litigation at Lafayette City Court (for violations ranging between $5,001 and $20,000) and in the 15th Judicial District Court for claims above $20K.

Filing more suits, as the daily reports, is currently on hold while LCG's legal department and the City-Parish Council decide what the statute of limitations on seeking financial redress from violators will be. City-parish attorney Mike Hebert, according to the paper, now says it's 10 years while some council members believed (and continue to believe) it's only a 3-year statute of limitations. The council temporarily halted new suits pending a resolution of the matter, which could have a profound effect on the wallet of violators like Mark Henderson, an outspoken critic of the red-light cameras who as of 2012 had generated more than $13,000 in fines, in part because - as he admitted to The Advertiser - he intentionally runs red lights in an effort to generate citations and, presumably, make himself a test case for the legality of the cameras.

The SafeLight/SafeSpeed program began snapping pictures of motorists in October of 2007 and as of this time about a year ago the program had roughly 30,000 unpaid citations totalling more than $3 million.

There is empirical evidence, despite what one might think of the program, that SafeLight/SafeSpeed is working in terms of public safety: former LCG Director of Traffic Tony Tramel reported in early 2013 that cameras mounted at a dozen intersections within the city limits have reduced collisions overall by 64 percent at those intersections compared to before they were installed. The most dramatic reduction was in rear-end collisions, which at the end of 2012 were down 80 percent compared to the three-year period before the cameras were installed.