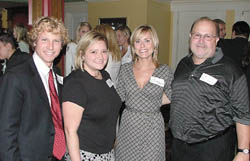 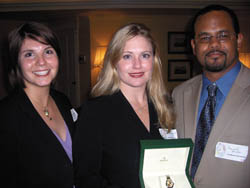 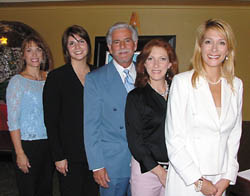 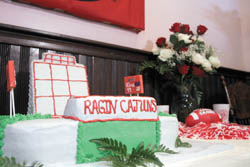 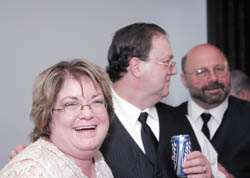 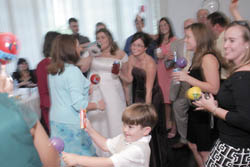 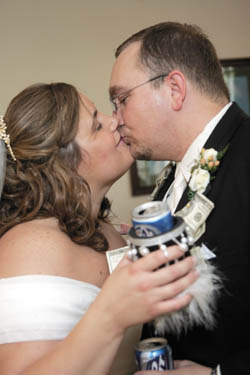 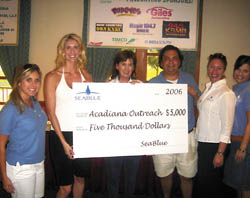 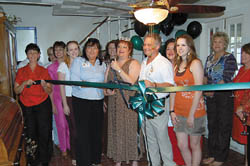 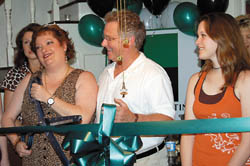 Coinciding with our "Women Who Mean Business" issue this week is Party Girl's own version of this annual celebration of Acadiana's go-getter females. Any woman who starts her own business, plans a wedding or donates to a good cause means business to me. And a group of women who put on the area's largest shopping event of the year? Now that's serious! I'm referring to the Junior League of Lafayette's Tinsel and Treasures holiday market. Scheduled for Sept. 21-23 at the Cajundome Convention Center, T&T is the place for Christmas shopping. More than 140 merchants turn out, selling jewelry, toys, food, gifts and more. The league held a Sponsor Party Aug. 9 at à la carte to thank those who are making the event possible this year, including Dwight Andrus, Adrian Vega Dodge Suzuki, Viator and Associates, Lee Michaels and BBR Creative. See y'all at the market Sept. 21!

In the nuptials department, Lafayette Public Library's Renee Thomas and Nick Willis were married July 15 at Holy Cross, with a reception at La Belle Maison in Broussard. Their story is just fab! They both had profiles on Match.com and connected online before meeting at a UL Lafayette football game. She and Nick hit it off right away, and when Hurricane Rita hit, Renee offered him and his brothers her home. Three days later, he asked her to marry him. Renee and her family soon began planning the wedding and reception, which included unique touches like a scoreboard groom's cake displaying the score from their first UL game and maracas and red hots to symbolize their honeymoon in Cabo San Lucas. I wish you and Nick the best, Renee!

For her charitable efforts, Seablue's Barbara Brierre gets kudos from Party Girl. Immediately following the 2006 Charity Golf Challenge benefiting Acadiana Outreach, Brierre presented Valerie Keller with a $5,000 check at the cocktail social at the Le Triomphe clubhouse. And our woman of royalty is Debbey Ryan, whose Prescriptive Marketing business is celebrating its one-year anniversary. Party Girl had the opportunity to attend a champagne and strawberry reception in Debbey's honor, along with many of her friends, family, clients and supporters. She was even crowned by Aileen Bennett, that "English woman," as the "Official Queen of Networking!"