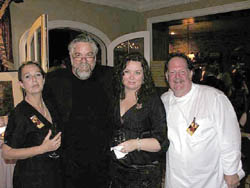 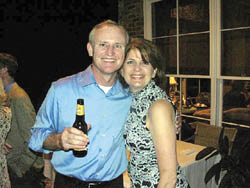 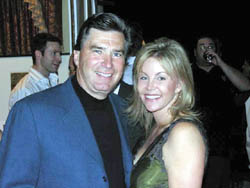 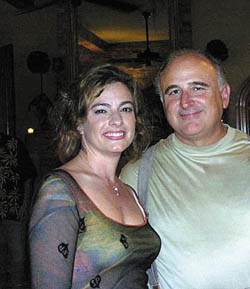 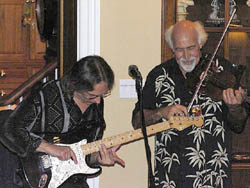 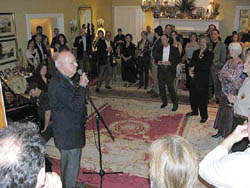 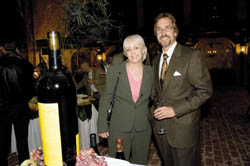 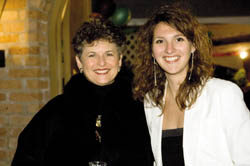 The Starry, Starry Night fundraiser for the Dr. Tommy Comeaux Memorial Endowed Chair in Traditional Music at UL was threatened by a deluge, but thanks to hosts Bradley and Mary Chastant, you'd never have known. The rain had stopped by the time Party Girl tossed her keys to the valet, tip-toed around puddles in the driveway and up the front steps, where the Chastants had graciously allowed every food table and musician to relocate from the rain-soaked tents on the grounds to the front gallery, the courtyard and indoor spaces, just as if they'd planned it that way. The show went on without a glitch and what a show it was! Dozens of musicians donated performances throughout the evening, including Walter Jr., Beau Soleil, David Egan, Sonny Landreth and many more. Event committee member Frank Camalo and his son, Gabe, Winnie and Allen Bacque and Brother and Catherine Abdalla were on hand to support the cause, as were Steve and Sylvia Oats, Jerry and Kay Prejean and John T. Landry. Lafayette's top restaurants provided a sumptuous buffet, and volunteer bartenders, including Sharon Doucet and Gary Newman, kept the spirits flowing. Event chair Pat Mould reports that the fund is nearing that magic million-dollar number and that the goal should be reached next year. And by the end of the night, the sky was once again filled with stars as a magnificent fireworks display provided the grand finale to a magical evening. The clouds may have covered the constellations but this event promised stars of all kinds, not to be denied!

My ears recovered from the fireworks, but the wild noises continued with human noises over the fine wines at the PASA Annual Wine Auction. At times, the energetic bidding (or maybe it was the wine) left my head spinning. This festive event at the Townhouse featured a lavishly decorated entrance to the Garden Terrace, complete with a champagne bar courtesy of Sharon Moss. The tent was brimming with silent auction items, and the crisp and starry night provided a magnificent backdrop for the auctioneer's rapid fire haggling. Jackie Lyle of PASA and board members Mita Dasgupta, Suzan Allen and Don Johnson made sure that all the celebrity guests were entertained. The glass was always appropriately full throughout the evening, and despite the chill in the air, the dance floor filled up quickly after the last lot was sold. Auction items ranged from cases of fine reds to dinners, travel, art and jewelry. Notable local painters Elemore Morgan Jr, Melissa Bonin, Vergie Banks and Colleen McDaniel kindly contributed their fine art. I had a great time driving up prices on some items that I definitely could not afford. See y'all next year.