Doc-turned-developer's anchor structure could be yours for $4 million.

Glenn Stewart's long-troubled anchor building is for sale, or lease, or can be subdivided and shared with La Marquise.

While it's no secret there is rarely more than a couple of customers browsing La Marquise department store at any given time, it took the local developer (a former radiation oncologist) two years to look to cut his losses. His upscale women's store, a stunning 16,000-square-foot space, is the centerpiece of his Parc Lafayette retail and office development at Kaliste Saloom Road and Camellia Boulevard.

Stewart is advertising the 1925 Kaliste Saloom location for lease, having listed it with Tiffany Chiasson of Coldwell Banker Pelican Real Estate. An emailed message to Chiasson asking for more information on the listing was not returned. 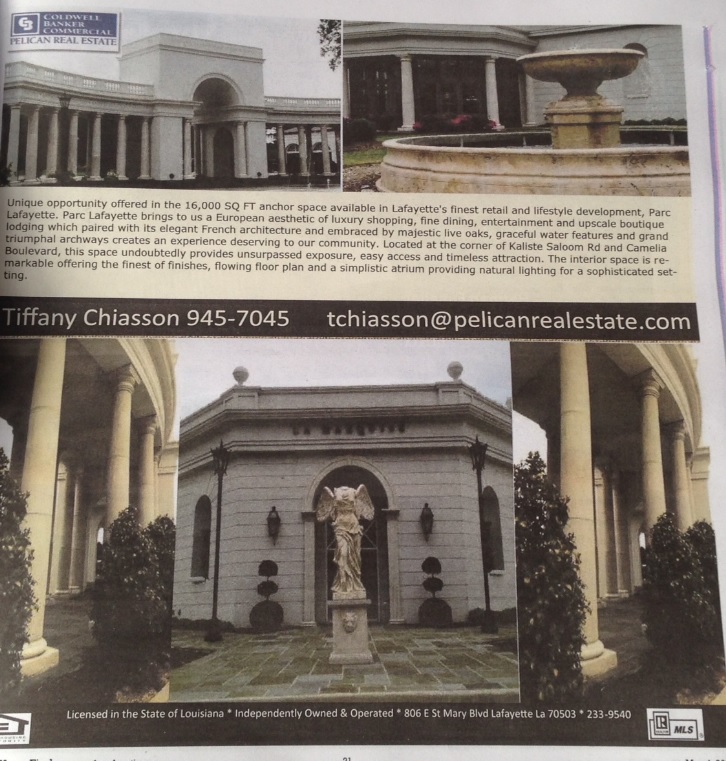 Glenn Stewart is advertising his La Marquise space for lease, but our real estate source says he's willing to sell the anchor location for $4 million.

A local real estate source familiar with the listing tells The IND Stewart wants $25 a square foot to lease the building ($33,300 a month) but is willing to part with the building for $4 million. Should anyone buy or lease the entire space, Stewart says he will relocate La Marquise, according to our source, who also notes that Stewart is willing to subdivide the space for multiple tenants.

Stewart has even said he will keep a scaled-down version of La Marquise in the building, our source says, should a potential tenant want to share the space with the women's store.