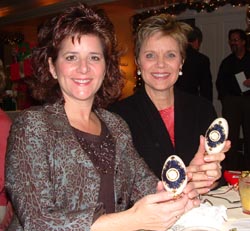 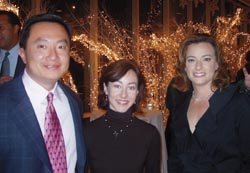 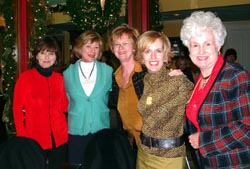 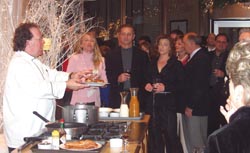 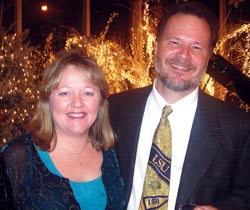 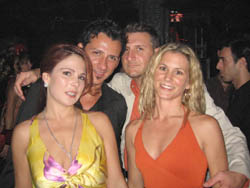 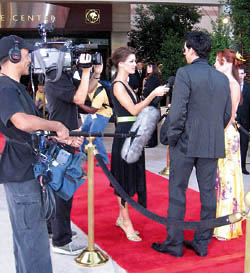 Happy New Year mes amis! I hope y'all closed out 2005 with a bang and are ready to do it all over again in 2006. Party Girl sure is! But there are still some more parties to recap, starting with the Van Eaton & Romero Christmas party. Those girls, and Bill of course, know how to throw a breakfast party, complete with trimmings from à la carte. Local sensation Charlene Howard entertained the crowd with hits from her Christmas CD, and Van Eaton agents received Vivian Alexander clocks as gifts. (Can Party Girl be an honorary staff member next year?) "It's that time of year when you show people how much you appreciate them," says CEO Bill Bacqué.

IberiaBank followed this sentiment with its tower tenant downtown holiday social Dec. 14. The Iberia team cooked up some warm gumbo for lunch, and that evening Chef Pat Mould demonstrated the making of his butternut squash and tasso bisque and smokey chipotle and brandy-seared duck breast, while David Egan provided piano entertainment. The BBR girls and the Firefly Digital group came to lunch, and the social included guests Wendell and Karen Juneau, Kelly and Kraig Strenge, Marcel and Todd Citron and Rae Robinson. You just can't go wrong with a combo of gumbo, Pat Mould and David Egan. It's an instant party!

Also making for an instant party is anything held on the red carpet in Las Vegas. Local artist Thad Morgan has been making quite a name for himself there and recently attended the ARTV Awards at the MGM Grand. He was nominated for an award for painter in acrylics and got to hang out on the red carpet with all the stars and be interviewed by Brandy Williams from EXTRA. Thad continued his Vegas debut with an after-party at Studio 54. Remember, what happens in Vegas, stays in Vegas, y'all, but you can see the event soon on national TV. I'll keep you posted!