The former lead felony prosecutor, according to a new poll, has turned a 2-point deficit into a 7-point lead since last August. 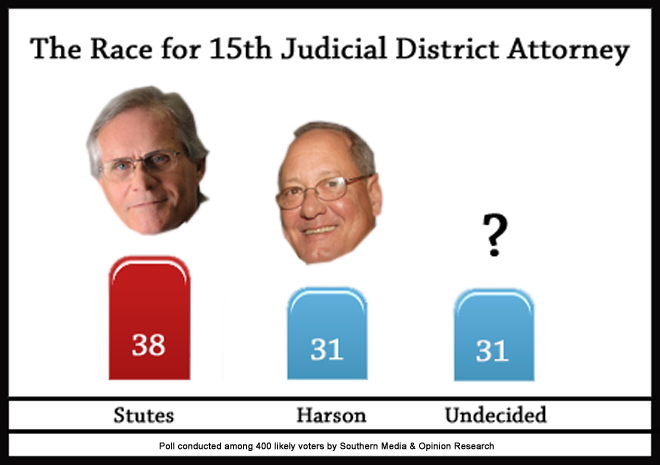 According to the Stutes camp, voters now prefer him over Harson by a commanding 38-31 percent with a still-significant 31 percent of voters undecided. The current percentages contrast with similar polling last August that found Harson ahead of Stutes by a narrow 34-32 percent. According to the poll, Stutes' strength in the three-parish 15th Judicial District resides in Lafayette where he has widened a 5-point lead last year into a 15-point lead in the latest poll; figures also show he has narrowed the gap in Acadia and Vermilion parishes. 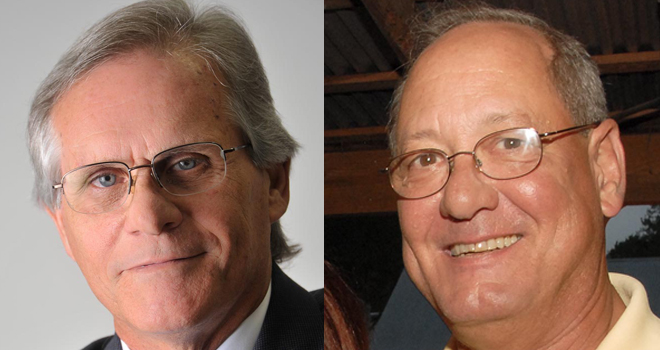 "These strong results show that we are reaching more voters with our message of new leadership," Stutes says in a press release touting the poll. "I am humbled and grateful for the overwhelmingly positive response we are getting as we share my commitment to bring integrity, fairness and respect to the office. There is a real hunger for leadership that will set a higher standard, and make our criminal justice system operate the way it is intended to."

Among the 400 likely voters in the poll conducted by Southern Media & Opinion Research of Baton Rouge, nearly half - 49 percent - believe Harson's letter apologizing for the DWI scandal that happened on his watch and netting guilty pleas from three office employees including an assistant district attorney was "too little, too late." Twenty-one percent were satisfied with the apology.