J.W. Faulk Elementary School is on the path to being deemed an "Academically Unacceptable School," but that doesn't mean it can't be saved.

J.W. Faulk Elementary School is on the path to being deemed an "Academically Unacceptable School," but that doesn't mean it can't be saved. 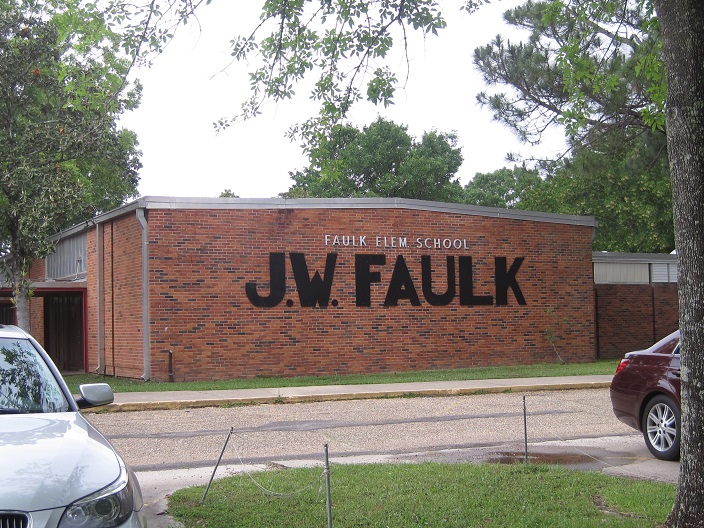 The school will likely receive a failing accountability score this year, marking the third in a row, and once the school gets the designation a fourth time, it becomes eligible for state takeover.

According to a report by The Daily Advertiser, however, some members of the Lafayette Parish School Board are immensely concerned, with at least one member vocally coming out in support of turning J.W. Faulk toward a different path.

While the school lies in District 4 - the political realm of school board member Tehmi Chassion - it was District 5 board member Kermit Bouillion who spoke up on behalf of the troubled school.

"Why we have not addressed that issue earlier is a very good question," Bouillion tells the Advertiser. "It's obvious we're going to have to spend some money. We're going to have to invest a lot of monies into J.W. Faulk to get it fixed. It might be something where we have to take money from the reserve funds. I've convinced myself, and I'm at ease with myself that this is money we have saved up. Let's use it wisely if we need to invest in something like J.W. Faulk."

The Advertiser also spoke with Noel Hammatt, a former president of the Louisiana School Boards Association, who argues that the plight of J.W. Faulk should be a concern of the community as a whole.

Hammatt suggests that Lafayette's business and community leaders come out in support of the school, and perhaps urge the state to step back and give J.W. Faulk a five year window to get things straightened out.

"We're going to start immediately with what [Superintendent Pat] Cooper has called for, but invite the community to study this and be part of what it takes to turn a school around," Hammatt tells the Advertiser.

Yet, perhaps the best suggestion for overcoming the issues facing J.W. Faulk comes from local education advocate and Cajundome Director Greg Davis. In a letter submitted to The IND, Davis writes:

I have been a resident of north Lafayette for 48 years. I graduated from Northside High and so did my children. When sitting in my backyard I can see David Thibodeaux Stem Magnet Academy, formerly N. P. Moss Middle. J. W. Faulk Elementary is within walking distance and some of my grandchildren are zoned to attend Faulk.

Faulk Elementary and many other north Lafayette schools have been low performing for many years. Faulk's current SPS score is only 34.4, which the Department of Education grades as an F. Sixty-eight percent of students score below basic.

Such chronic low-performance starts with low expectations of the students attending Faulk. They are mostly African American and on free or reduced lunch. Performance data over the past 10 years clearly indicate that the greatest failure is occurring at the intersection of race and poverty.

Several school board members stated that LPSS could not turn our middle school around because the failure was due to "those children and their parents not valuing education". It voted to close Moss Middle and bus our neighborhood children to five other middle schools in the parish.

We are now facing a state takeover of Faulk Elementary in 2015. Circumstances are different this time. We are fortunate to have a superintendent who believes that our north Lafayette children and their parents do value education no matter their race or income. Dr. Pat Cooper has provided our community a Turnaround Plan that we believe will improve achievement outcomes and elevate our status from F to A within six years.

Unfortunately, for the children of Faulk, their school board members are not fully funding the Turnaround Plan. They are not supporting Dr. Cooper in his efforts to execute the plan. School board meetings have not been about children, especially those who attend low performing high poverty schools.

In 2012, DOE published a list of 60 schools in our state that are high performing, high poverty schools. They dispel the myth that children of poverty cannot meet high expectations and rigorous academic standards. These schools have 65 percent or more of their student population eligible for free or reduced lunch. To receive this designation, that school must earn an A letter grade for two consecutive years.

Many of these schools are doing what is in the Turnaround Plan. We have the right plan to transform Faulk into a high performing school. We have the right superintendent to execute the plan. What is missing is a community so pissed off and outraged that it brings the weight of its influence to convince the school board to fully fund the Turnaround Plan. North Lafayette, when will we be sufficiently pissed off?