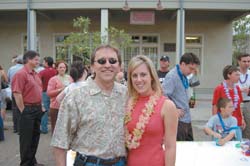 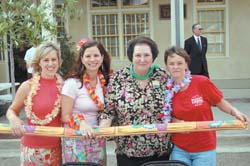 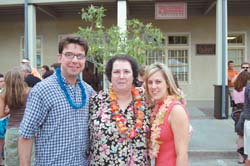 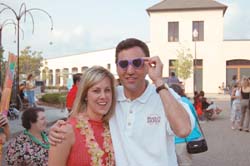 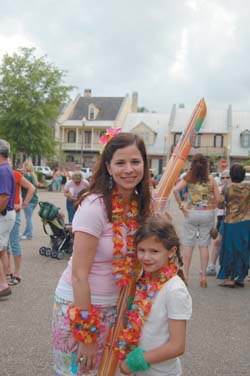 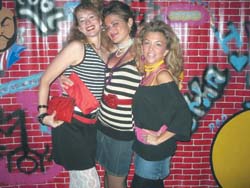 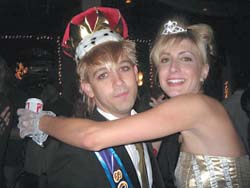 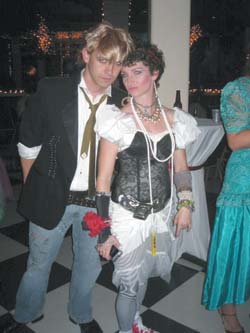 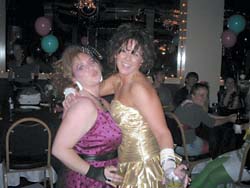 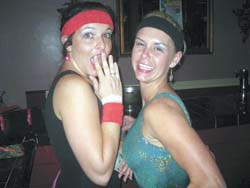 Bradley & Moreau Law Firm felt right at home in their new location at River Ranch, and they felt right at home to sponsor the May 3 Rhythms on the River. The spring season started with a bang and the Town Square looked more like a Hawaiian luau where Party Girl expected to see Magnum P.I. in the crowd. GTOs and the "D" Street Brass Band lent a hand in the live music category while the folks at Bradley & Moreau and their friends proudly wore leis and continued the Hawaiian-themed evening by practicing the limbo and dancing to the island sounds. (I bet these guys knock off early on Thursdays during the Rhythms on the River Season.) A few members from the crowd learned just how low they could go during the limbo competition for kids of all ages. Party Girl saw plenty of smiling faces, including Tim Bradley, Julie Chaisson, Angie Moreau, Betty Broussard and Clint Hebert. I look forward to throwing a Frisbee once in a while at outdoor events, but now I'm hooked on limbo!

I got hooked on classics ' '80s classics, that is ' on June 9, as the majority of Generation Y in Acadiana grooved to the sounds of Madonna, Prince and more. I felt my inner '80s MTV child (with bleached blonde hair, acid-washed jeans and jelly bracelets) crying out to dance at Keith's Ballroom downtown, which was transformed into a prom scene of yesteryear thanks to Lafayette Linked. A local networking organization, Lafayette Linked aims to promote the positive aspects of young professionals giving back to our community. And this group has a lot of fun in the process. "Remember the Night ' An '80s Prom" was the organization's debut fundraiser; co-founder Cindy Gunawan is a financial representative for the Northwestern Mutual Financial Group. All proceeds from this event were donated toward a cooperative effort between the Boys and Girls Clubs and the Acadiana Symphony Orchestra. Across the board everyone laughed, danced and remembered Jheri curls and Miami Vice. "I feel like such a fashion victim, but it was really fun!" said Melissa Fix of Lake Charles. Mark Barbe of Carencro claimed it was the best prom he had ever attended. In true prom tradition, Nick Bourque and Christy Aucoin were named King and Queen (and look forward to relinquishing their titles at the 2008 gala). Party Girl is already looking forward to reliving the me decade again next year!