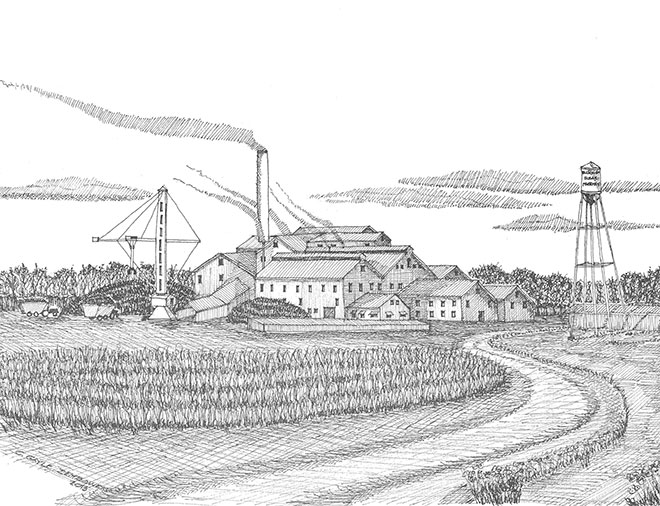 In 1963, the starchy old men with horn-rimmed glasses and Don Draper suits at the Lafayette Chamber of Commerce bestowed on the Billeaud Companies the lofty title of Longest Operating Private Sector Entity in Lafayette Parish. That was 51 years ago, and the company still holds the distinction as it marks its centennial in May.

But, as with eye glasses and neck ties, the Billeaud Companies' style has changed, too - from primarily a sugar cane growing and processing powerhouse to a real estate developer with substantial holdings in southeast Lafayette Parish centered in and around Broussard. 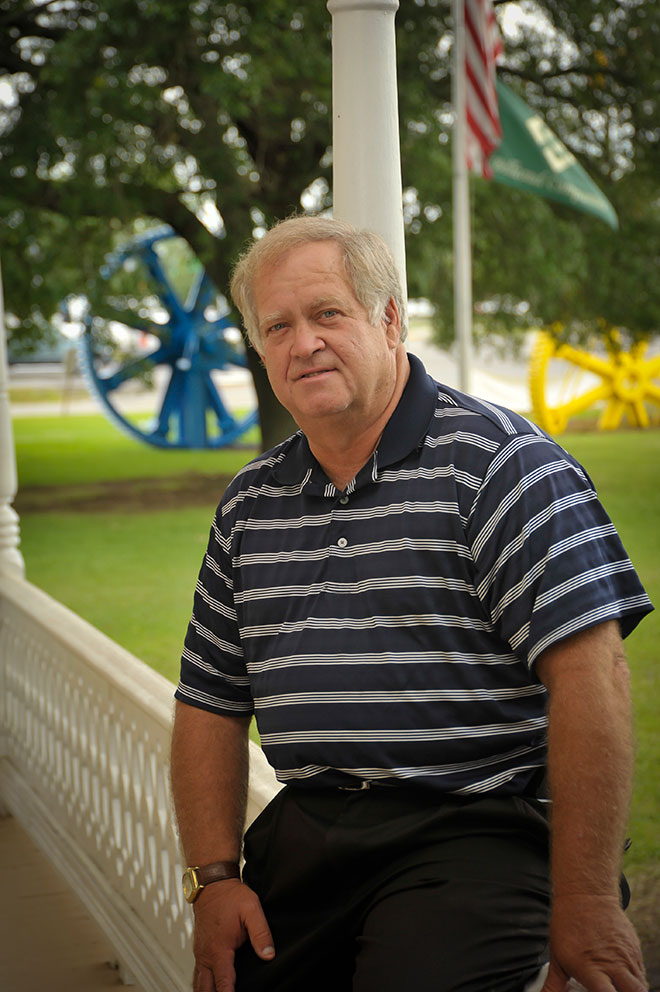 Chuck Billeaud Photo by Robin May

"Even though we've changed our operations from agriculture to real estate and land development, we've maintained commerce throughout that period," says Chuck Billeaud, the company's board chairman and scion of a family that has dominated business and development in that part of the parish for generations.

The company's genesis begins with Pierre Jean Billeaud (1806-1877), who emigrated to Louisiana from France in 1840. Pierre's youngest child, Martial Francois Billeaud (1836-1916), was an enterprising fellow, establishing a forge and blacksmith shop near the present site of Hotel Acadiana when he was just 16 years old.

Family/company stories differ, but around 1872 Martial brought back a few stalks of sugar cane either from New Orleans or New Iberia - the crop was "new" to Lafayette Parish either way - built a mill, began buying up land and got into the sugar biz. Look into Martial's eyes in the tin-type photograph of him at the company office and you see steely determination and iron will. Industrialists in the 19th century really could say, "I built that" - the infrastructure, the access roads, everything needed to grease the skids for commerce and transform settlements into villages into towns and cities.

The company remains privately held, mainly among descendents of Martial Billeaud - Chuck is Martial's great grandson - although it does employ non-family, notably President/CEO Tex Plumley.
"[The ownership structure] is somewhat deceiving," Billeaud says. "There are probably close to 300 stockholders, but what a lot of the ownership is, for instance, a wife will give her husband one share in the company so that they can attend the stockholder meetings. There are 300 stockholders, but 120 or maybe 150 of those are one-share owners, so there's probably about 150 bona fide descendents."

The years 1978 and '79 were watersheds for the Billeaud Companies. The price of natural gas spiked, driving up the cost of running the mill, and the oil patch was booming and paying wages for skilled labor with which the mills couldn't compete. Consequently, the Billeaud Sugar Factory ground its last crop following the 1978 sugar cane season. Massive cogs salvaged from that mill, brightly painted, adorn the grounds in front of the company's office on U.S. Highway 90.

"The stockholders voted in March of '79 to discontinue the sugar mill operations," Billeaud says. "At that point we had done some feasibility studies because we had projected that Broussard and particularly our property is well situated, so prior to us closing the mill we had already geared ourselves to begin a transition.

"We had not envisioned closing the mill down. What we had hoped to do was start developing some of our property but still hold onto the mill operations. But the dynamics changed."

Cane is still grown on Billeaud-held land even today, Billeaud explains, but it's cultivated on a share-crop basis with outside farming operations. The company's focus now, as it has been for 35 years, is in developing its land holdings in coordination with private enterprise. Much if not most of the raw land that has developed commercially around the once-sleepy bedroom community of Broussard was Billeaud land, and much of that remains Billeaud land; the company both owns/leases land to outside developers and, in the case of big-box operations like Walmart and Home Depot, sells land for development. For the former model, residents in Broussard have such businesses as Celebrity Theatres, Santa Fe Steakhouse and the Sweetland Shopping Center - developments in which the Billeaud Companies still owns the land, gets a 50 percent interest in the development yet takes on no risk should the development go belly up. All told, the company owns or manages about 1 million square feet of commercial space.

"We've tried to do an educated mix of both build-to-suit and land sales to be able to generate enough cash to pay out some nice distribution to our shareholders, and still hold onto to some strategic properties for future generations on a recurring basis," Billeaud explains. 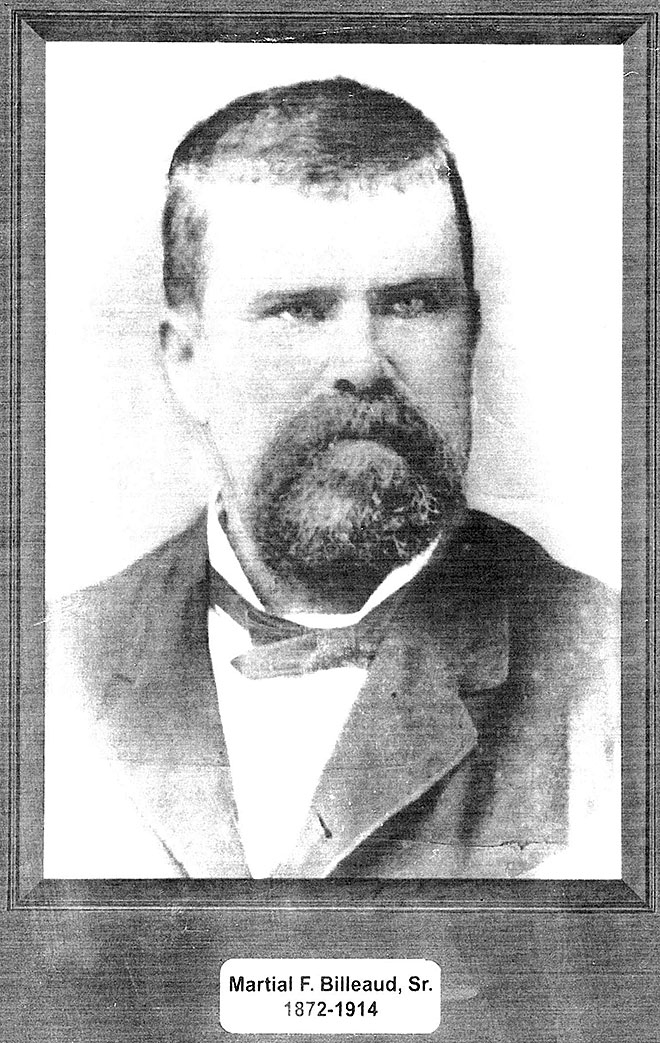 Fortunately for the company, it's been able to rely on a long succession of mayors and city councils in Broussard with which to work toward the common goal of developing and growing the community. Location helps, too.

"Broussard is just well-situated," notes Billeaud. "It's right in the middle between Lafayette, New Iberia, St. Martinville, Youngsville - it's just kind of right in the middle of everything with a good network of highways all tied into this area. And then Charlie Langlinais, the mayor of Broussard, has put in some exciting arteries, mainly Albertsons [Parkway] and Ambassador Caffery, which have really brought a lot of growth into the area."

"They are wonderful, wonderful people to work with," Langlinais says of the Billeauds. "They've all been very good and kind and supported us in whatever we do, particularly when it comes to quality of life and economic development. We're very lucky."

Adds Billeaud: "We've always been a very vital and key player in the economic scene for this area, not only Broussard but Lafayette Parish. So, we've always had a very good relationship [with city leaders]. We've worked hand in hand with the administrations going back 100 years. We have a very good rapport, and that's going to continue."

The Billeaud Companies newest venture is Broussard Villas, an upscale, gated apartment complex going up adjacent to the Home Depot and the new recreational complex rising from former cane fields. And Billeaud says his company still owns hundreds of acres of land in the vicinity that will gradually be developed based on demand - and demand in southeast Lafayette Parish seems to know few bounds.

"We've been very fortunate," Billeaud admits. "The good Lord's been very generous with us, and in turn we've tried to be as generous as we can with the community and be a good corporate neighbor."