There's no way around it, Lafayette Regional Airport needs a new terminal, an expanded parking lot and a bigger ramp, yet that can only happen if voters approve a one-of-a-kind tax this fall.

There's no way around it, Lafayette Regional Airport needs a new terminal, an expanded parking lot and a bigger ramp, yet that can only happen if voters approve a one-of-a-kind tax this fall. By Patrick Flanagan 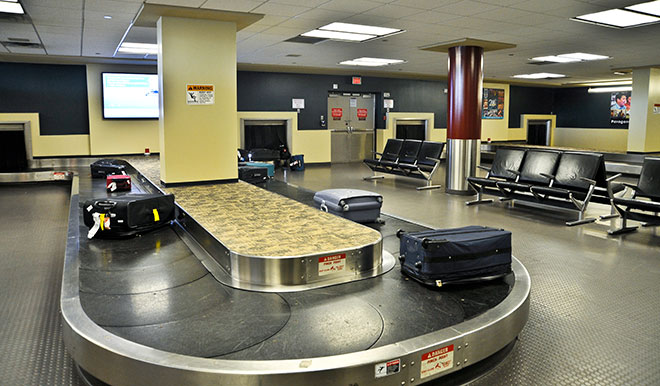 Built in 1959, Lafayette Regional's terminal has long been inadequate and outdated.

For the most part, Lafayette Parish voters have been against the idea of any tax increases in recent years, but that may change thanks to a unique proposal to fund the construction of a much-needed new terminal and parking area at the Lafayette Regional Airport.

The proposal, which is expected to be on the ballot in either the November general election or in December, is a parish-wide 1-cent sales tax with an eight-month expiration date dedicated solely to fund construction of a new terminal and parking area at Lafayette Regional. The idea is being called the "One Cent. One Year. One Project." proposal and was first revealed by City-Parish President Joey Durel during his annual State of the Parish address earlier this year, sparking off an unexpected round of applause from the hundreds in attendance that day.

Supporters say there's just no getting around it; the tax is needed. Lafayette Regional's existing terminal was built in 1959, and after posting record-breaking passenger counts five years in a row, not to mention forecasts from the Federal Aviation Administration showing the airport's passenger numbers increasing by 40 percent over the next 10 years, the new terminal is a must.

Faced with two options - refurbishing the old or building new - the commission brought in engineers and learned that the cost of upgrading the existing facility would equal about 80 percent of the $90 million price tag to start anew. 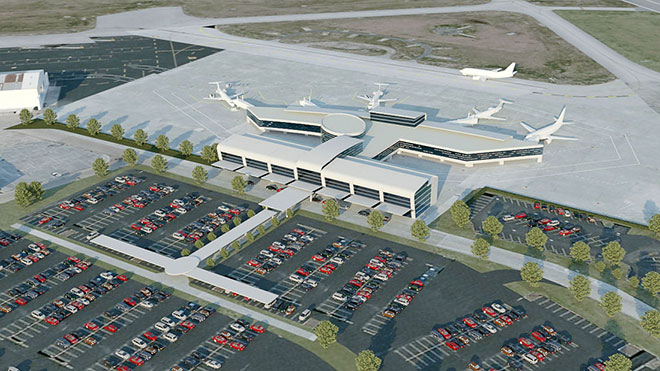 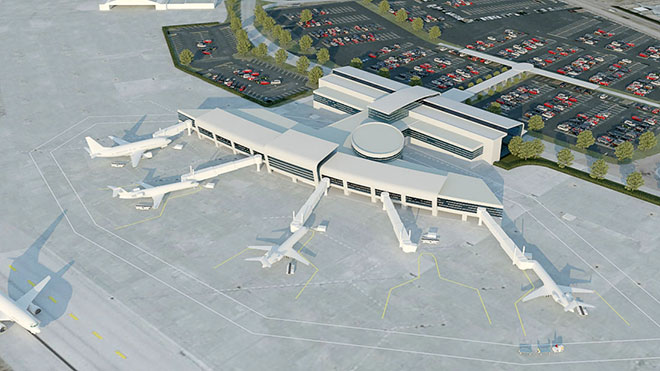 Lafayette Regional posted a 471,332 passenger count last year, far surpassing Monroe Regional's 233,357, Alexandria Regional's 333,652 and Lake Charles Regional's 123,000. Yet, in recent years, new terminals were built for all three of those airports, each of which has more boarding gates than Lafayette Regional's existing three.

"We can't sit back and do nothing, because we're already running out of parking - we have to address that - and by 2025, we're expected to have between 650,000 and 700,000 passengers, and that's just 10 years away," explains Cruse, adding the existing terminal is also ill-equipped to handle all the post-9/11 security requirements.

Knowing Lafayette's typical opposition toward taxes, airport officials have been proactive in getting the word out on the project's importance, and they started with the community's most tax resistant organizations.

"Whenever we first came up with the idea, we wanted to talk to people in the community to see how they might react, and one of the thoughts early on was to talk to the people who are pretty hard on tax measures," says Larry Sides, president of Sides & Associates, the airport's communications firm. "So I invited a handful of them to come to the airport, not in an official capacity as somebody repping a group, but to speak to them as individuals. We wanted feedback, to know their objections and reservations to help us get answers so we'd be better prepared."

That meeting, says Sides, included members of the Acadiana Patriots, the Tea Party and Acadiana Republican Women, and surprisingly, they liked the idea.

"What came out of that meeting with those conservative groups [was] they asked, Why has this taken so long?' They very much liked the fact that this was a capital project they could go out and touch and feel. They liked it was only eight months, and that the money goes exactly where the tax says it goes," recalls Sides.

Typically, Sides says, voters' reluctance to taxes stems from the lack of an expiration date and the absence of any guarantee that the money will be spent on what was proposed. Not with this tax.

"It couldn't be extended," he says. "What will happen is this tax will start April 1 and it ends Nov. 30, 2015. The only way to get more money is to go and create another tax, which means starting with the Airport Commission, going to the council and then back to the voters. Good luck with that."

According to Sides, the tax's eight-month lifespan is all that will be needed to make the project happen. If passed, the tax is expected to generate about $36 million, or 30 percent of the project's total cost. The rest of the funding, says Sides, will come from bonds, as well as state and federal funds.

"The airport is completely debt free, it's paid off all past bonds so it has a strong bonding capacity," explains Sides. "We can bond out more or less based on what the airport gets in state and federal money. The FAA has funds; they put money into new airports all the time, and the state has done that before too, but we've got to put up local funds to get the others."

Though it's contingent on the tax, the project - which will include the new terminal, parking lot and ramp expansion - will likely have a three-year timeline.

"The year the tax is being collected, we'll try and get all the ground work done, starting within the month of the tax passing we'll have a company chosen to move forward on the final design," explains Cruse. "That design and planning will take the remainder of 2015, in 2016 we'll go out for bid and start the construction process, which should take about two years. Realistically, the new terminal will be open and ready by the end of 2017 or the first part of 2018."

But first, the proposed tax will have to go back before the City-Parish Council for a final vote on June 17 to approve putting it on the ballot this fall. And then, voters will have to approve the measure.

"I don't think we've passed anything new in the way of taxes in Lafayette in a long time," says Sides. "But there's nothing quite like this tax, because no one ever puts up a tax with the intention of pulling it on a specific date. I think this could be a template for future funding requests from the public. It's incredibly unique."