The investigation into the pit bull attack that killed a 4-year-old Houma girl has hit a brick wall, according to local authorities.

The investigation into the pit bull attack that killed a 4-year-old Houma girl has hit a brick wall, according to local authorities. 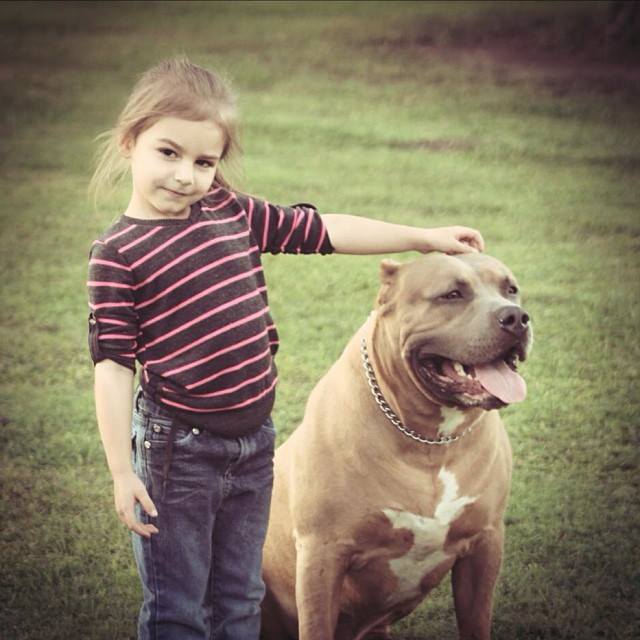 Mia Derouen with her family's dog, Niko, which attacked and killed the 4-year-old Houma girl March 24.

Mia Deroun was sitting with her mother, Megan Touchet, on the couch watching TV on March 24 when the family's pit bull, Niko, viciously attacked the girl, killing her.

Since Mia's death, Touchet and her boyfriend, Kerry Dominique, who the pit bull belonged to, have been unwilling to work with Houma Police in their investigation.

"We just want to know what happened that day and why it happened," Houma Police Chief Todd Duplantis tells The Daily Advertiser. "The only way to find that out, the ones with the answers, are the owners."

With the owners remaining tight-lipped, Duplantis says the investigation will come to a halt, at least until they decide to start talking. The likelihood of that happening, however, is slim.

One troubling aspect of this story is the size of the dog, which according to authorities weighed in at about 130 pounds, whereas typical pit bulls only weight about 80 pounds.

"You got to be giving the dog something to attack a woman and a kid like that," says Trahan.

Unfortunately, authorities were unable to test the dog for steroids post-mortem, and a test of another, yet smaller, dog living in the house came up negative.