Located in the heart of SEC country, UL Lafayette knows its place in the college baseball hierarchy. That doesn't mean the Ragin' Cajuns have to accept it. 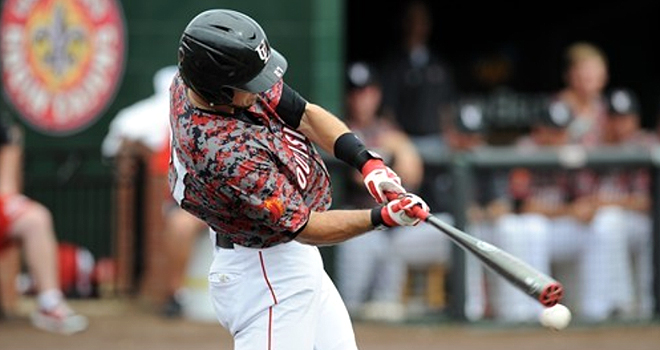 Located in the heart of SEC country, UL Lafayette knows its place in the college baseball hierarchy. That doesn't mean the Ragin' Cajuns have to accept it.

They've amassed the most wins in Division I this year, but the accomplishment is diminished by the fact they are in the Sun Belt Conference. Thus, their season will defined by how far they go in the NCAA tournament.

"We have to play bigger than we are," coach Tony Robichaux said Monday.

That's life in the No. 11 RPI conference, where any loss is a bad loss and even some wins hurt because of the weakness of the opponent.

Still, the Ragin' Cajuns (49-7) are up to No. 2 nationally behind Oregon State in this week's major polls and No. 7 in the RPI. They're poised to be among the top eight NCAA seeds; that is, unless they stumble in this week's Sun Belt tournament.

Robichaux likes to say his team is made up of "plow horses, not show horses," and before breaking the huddle after wins, he asks, "What have we earned the right to do?"

Robichaux returned almost all his everyday players from last year's 43-win team that lost at LSU in a regional final. Pitching depth improved with the arrival of junior-college transfer Carson Baranik (10-1, 2.99 ERA) and the emergence of 6-foot-7, 230-pound freshman reliever Reagan Bazar (4-0, 2.32).

Lafayette is scoring eight runs a game and batting .319 with 125 doubles and 61 homers. Caleb Adams is batting .375 with 10 home runs, and seven other regulars are batting at least .309.

It's not all about power, though. The Ragin Cajuns have three dozen bunt singles, and their top power hitters are willing and able to sacrifice. Robichaux pointed out that his team used a squeeze bunt to beat Alabama - one of three valuable wins against the SEC.

"Their motto is to 'rise and grind,'" Robichaux said of his players. "That's what they enjoy doing, and we've been successful with it to this point."