"[F]or some this is definitely a personal issue and I believe that in my heart," says Lafayette Parish School Board member Kermit Bouillion of the attempt to investigate Superintendent Pat Cooper.

Three Lafayette Parish School Board members are calling for clarity from their fellow board members with a resolution requiring a written list of reasons for the board's investigation of Superintendent Pat Cooper. 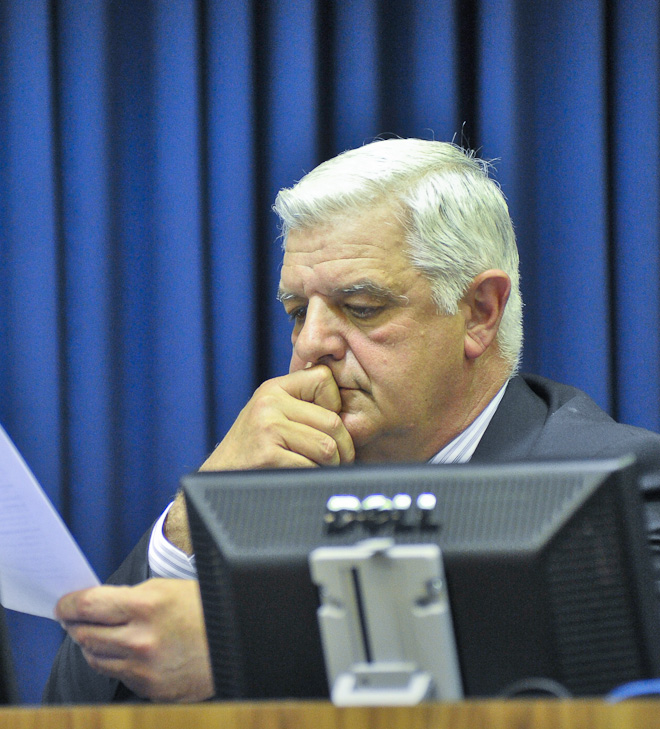 Despite the recent approval granted by the state Attorney General's Office for the school board to hire special counsel to investigate the superintendent, state law - La. R.S. 42:263 - explicitly states that such an endeavor requires a detailed listing of the reasons for the investigation and a cap on the amount the board can pay. The school board, however, has repeatedly ignored this provision in the law, with board member Rae Trahan simply saying the initiative will "clear up any rumors" swirling around the superintendent.

According to Wednesday's meeting agenda, the three board members who have consistently voted against the investigation - Kermit Bouillion, Shelton Cobb and Mark Cockerham - have introduced a resolution calling for the board to follow proper procedure as required by law, namely that they list exactly what will be investigated.

It's no secret, for a majority of the board members, the investigation of Cooper is less about whether or not he followed the rules and more about a personal vendetta, one that will no doubt cost far more money than the school system should be forking over, especially when other vital programs important to the education of the school system's students will once again be put on the chopping block during the upcoming budget process.

"It's time for the silent majority of this school board to list the charges against Superintendent Cooper as to why he should be investigated; the public has a right to know," says Bouillion. "For transparency reasons, it would be great for the public to know exactly what is going on. Will it pass? I'm not too sure, because for some this is definitely a personal issue and I believe that in my heart. I guess we'll see tomorrow night."

Read more on the board's attempt to investigate Cooper here.