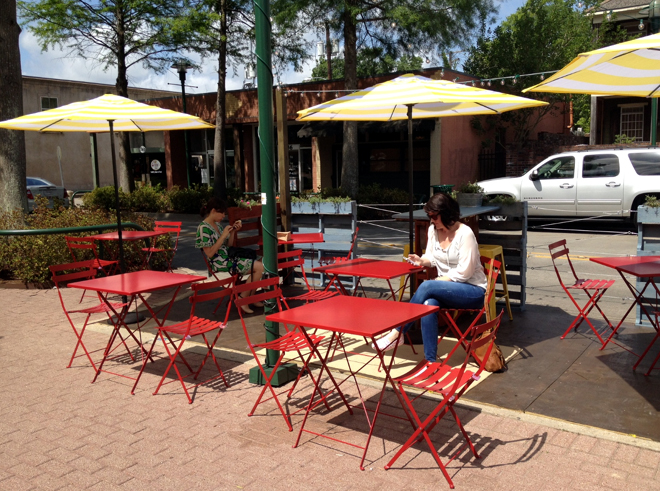 Enter the parklet. The folks at the Downtown Development Authority spent all day Monday and into Tuesday morning assembling palettes, plywood, tables, chairs and umbrellas to create a cool little space for humans - carved from a concrete space for an automobile. The new parklet went up near the Convent/Jefferson intersection and, by Tuesday morning, was attracting visitors. It's in close proximity to Anne's Table, a "healthy gourmet" restaurant, as well as Carpe Diem! Gelato-Espresso Bar. It's also right outside the DDA office in the Old City Hall, so they can keep an eye on it.

Word has it that the fine folks at Lafayette Consolidated Government are cool with the so-called tactical urbanism. A source tells us that City-Parish President Joey  Durel has sent word to department directors that if any LCG staff has a problem with the parklet they should take their concerns to him. Joey Durel cool like dat.

The parklet will be christened with a little gathering tonight following a presentation by urban planner Jason Roberts, who in 2010 organized a series of "Better Block" projects in Dallas to transform blighted areas of the city into (temporary) walkable districts "with pop-up businesses, bike lanes, café seating and landscaping." Roberts will appear at the Lafayette Science Museum at 5:30 p.m. today (Tuesday); the public is invited and will be able to see the PlanLafayette (comp plan) document along with explanatory materials. 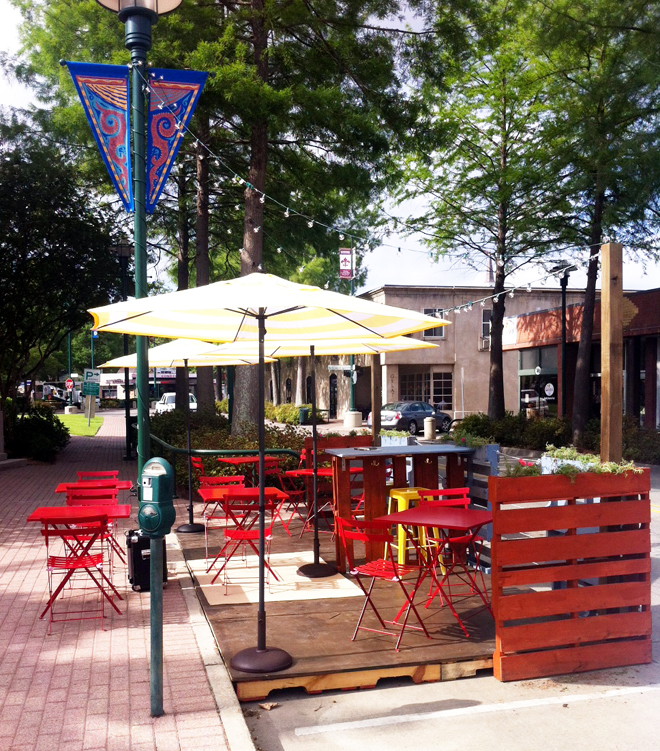