While the Lafayette Parish School System appears to be in a dire budgetary situation with a projected deficit of more than $18 million, the school board has two options: Tap into the more than $70 million reserve fund, or start cutting vital programs and positions. 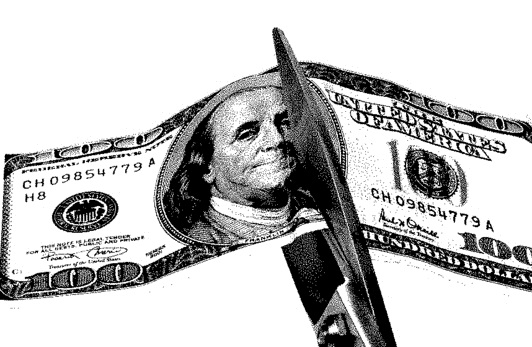 million, the school board has two options: Tap into the more than $70 reserve fund, or start cutting vital programs and positions.

According to this report in the Acadiana Advocate, this year's budget projection equals the biggest shortfall faced by the school system since 2010.

"We've been making cuts, and we've been fortunate for the most part whereby we were able to limit a lot of it to the administrative level," said LPSS Chief Financial Officer Billy Guidry during a general fund workshop held with board members Tuesday. "We're at a point now where we're in [the] fifth year of these types of cuts."

The Advocate reports that of the two options detailed by Guidry, one involves dipping into the rainy fund and use $10.8 million to retain vital programs and use the 2002 teacher sales tax for teachers and administrative staff. The other option: Leave the rainy day fund alone. But, that would mean the elimination of a school resource officer program, instructional strategists and team teaching at the district's middle schools, the addition of two more students per classroom, and a staff reduction at N.P. Moss Preparatory.

Ultimately, if this year's budget process is anything like last year, school system administrators are in store for a hard fought battle with board members.

In a recent letter, Superintendent Pat Cooper addresses the situation and resurrects his call for board members to at least consider the idea of a new tax, writing:

So, no matter what happens this year, whether we fund the deficit or make the drastic cuts that will set us back severely, I, the community, the teachers and the students desperately need for the Board to begin the process of at least talking about a possible tax increase for the school system. The Community's Turnaround Plan, facilities improvements, and much needed pay raises for employees cannot be addressed in light of the continuing cuts from the State and the federal government. Lafayette Parish falls in the middle as it relates to tax revenues for the school. We rank first in food, music and economic growth. The only way to have that same status in public education is to provide a more equitable amount for our children's education.

We can fund this year's shortfall, thereby not dismantling the system, and at the same time buy time for the Board to hopefully come up with a revenue plan that the public will accept. Yes, to keep progressing we will have to use part of the 2002 Sales Tax for the other areas it was meant to fund, but that is better than putting more children in each teacher's classroom or taking away more than a two and one half month reserve and work on getting a tax passed for the children. Why invite catastrophe before it becomes absolutely necessary[?] We all have to stand up for the children and teachers and face down the criticism.

The Community Turnaround Plan is working. The system is getting better. More and more children are staying in school and are being provided the opportunity for success. I believe the community will support a tax increase for our schools if we are willing to utilize funding we already have to salvage the next one or two years and show positive results with our students.