American presidential elections are basically popularity contests that focus largely on charisma and good looks, with some emphasis on philosophy thrown in for good measure. 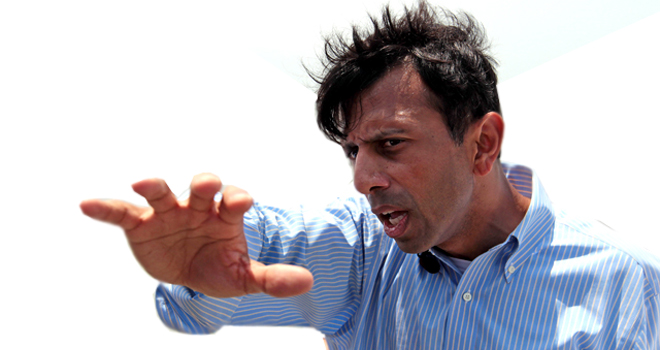 Yesterday, I began counting down the top 5 reasons why Bobby Jindal will not be president - not in 2016, not ever. Reason No. 5: He's from Louisiana - Duh!

Today I present reason No. 4: He doesn't "look presidential."

Admittedly, this sounds like a really shallow observation, but let's face it: American presidential elections are basically popularity contests that focus largely on charisma and good looks, with some emphasis on philosophy thrown in for good measure. If voters (including those in party primaries) really focused on qualifications and experience more than appearances and other superficial qualities, Barack Obama would never have beaten Hillary Clinton for the Democratic nomination in 2008, and John McCain would have soundly defeated George W. Bush for the GOP nod in 2000. There are many other examples.

The importance of "looking presidential" infects both political parties, but let's focus on the GOP, because that's where Jindal has to compete. Consider the Republican presidential nominees of the past three decades:

Mitt Romney had perfect hair and chiseled looks, but he also had a successful business career and governed Massachusetts.

John McCain was a decorated Vietnam War Navy pilot with a knack for "straight talk" and swimming against the tide as a U.S. Senator.

George W. Bush was the guy we all wanted to have a beer with, but he also had that Texas swagger and disarming charm. It helped that he was a business owner and Texas governor.

George H.W. Bush was a decorated WWII Navy fighter pilot who later went to Congress, led the CIA and served as vice president.

All of these guys looked like presidents even before they became president, or nominees for president. Jindal, on the other hand, looks like an extra on The Big Bang Theory. That may sound harsh, but presidential politics is not for sissies.

Nor, it seems, is it for geeks.

Clancy DuBos is publisher of Gambit where this article first appeared.