"It leads me to believe that the governance of the state is not as important as his other agenda. This is his side gig, which is a shame." - BESE President Chas Roemer 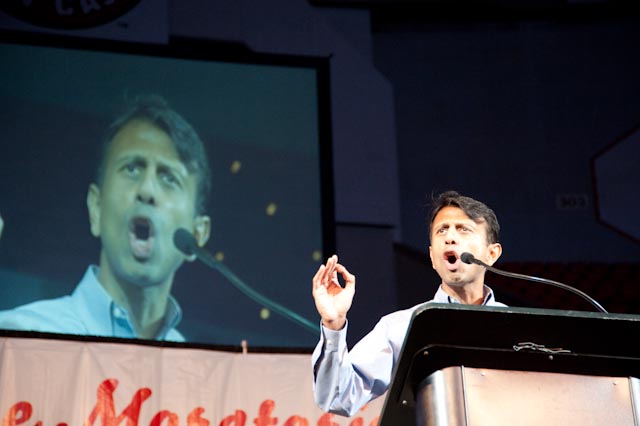 The state Legislature was in session April 2, but Gov. Bobby Jindal was in Washington, D.C., trashing Obamacare and playing coy with national reporters about his presidential ambitions.

If the war of ideas includes fighting for or against the Common Core education benchmarks, the governor was about to lose a round - further evidence to friend and foe alike that Jindal's chronic absenteeism has begun to impair his effectiveness as governor. 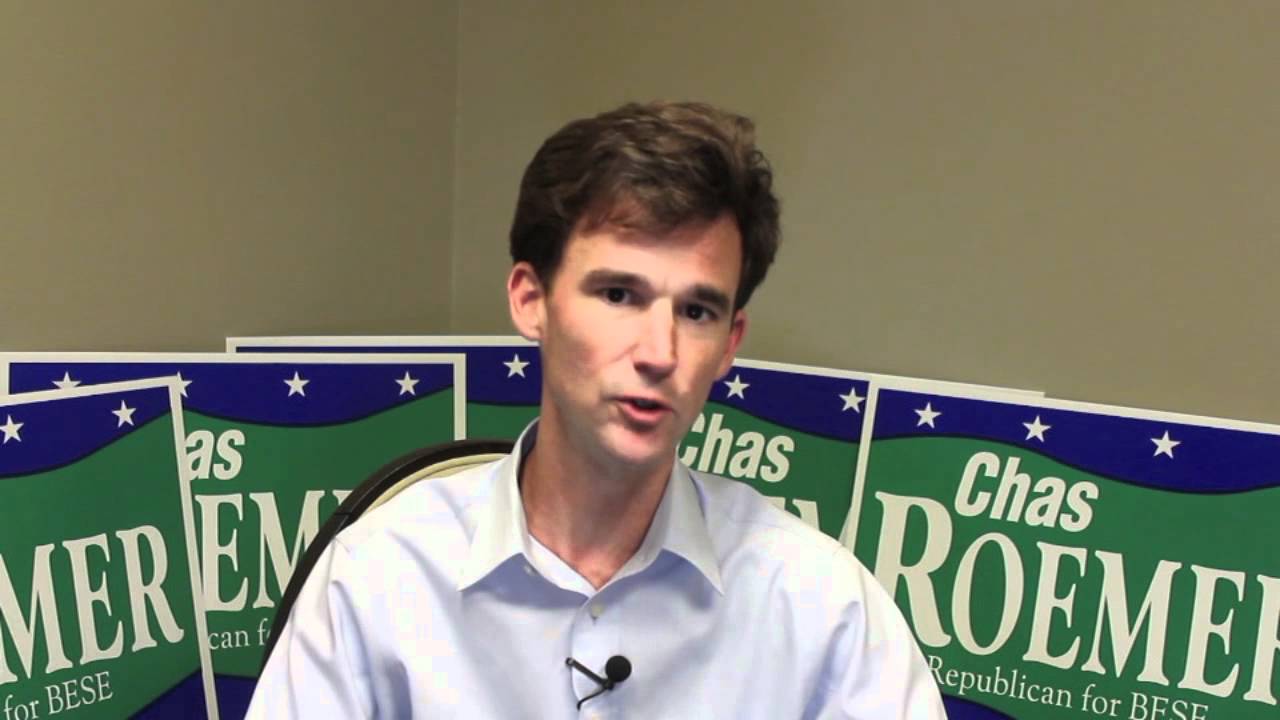 Back at the state Capitol that day, the House Education Committee took hours of often heated testimony on the pros and cons of Common Core. Once an enthusiastic Common Core supporter, Jindal flipped to the opposition that night, directing a staffer to send the committee a green card indicating the governor favored a bill that would thwart Common Core.

Despite the governor's support, the measure failed. Jindal had not exerted the considerable powers of his office. He had not returned to Baton Rouge to make his case before the committee in person. He had not even called committee members to support the measure, which was sponsored by state Rep. Brett Geymann, R-Lake Charles.

"It leads me to believe that the governance of the state is not as important as his other agenda. This is his side gig, which is a shame." - BESE President Chas Roemer

He had moved on that night to a political event in New York City, and in the weeks since, Jindal has not strategized on the issue with Geymann or state Rep. Cameron Henry, R-Metairie, another leading Common Core opponent.

"From what I've read, he's on our side," Geymann said in an interview this week. "He didn't reach out to us. But I'm glad to have him."

A distant figure to most legislators in recent years, of late Jindal has become even more remote as he steps up out-of-state travels in his all-but-declared presidential campaign.

In all, Jindal has been out of the state on 16 of the 42 days that the Legislature has been in session this year, according to information from the governor's office and the legislative website. During the 2013 session, he was gone eight days.

"A partnership cannot work when you have an absent partner," said state Rep. Kevin Pearson, R-Slidell, chairman of the Retirement Committee which must deal with the state's huge unfunded pension obligations. "I thought there would be much more of a working relationship. I thought you'd be able to talk with him: Here are my concerns, here are my views.' Instead, I've talked with a mostly ever-changing staff."

Pearson is not the only ostensible Jindal ally now expressing deep concerns.

"There's been no interaction with the governor except through the press," said Chas Roemer, a Republican who is the president of the Board of Elementary and Secondary Education. "I find it offensive."

"This is not a part-time job," Roemer continued. "This is not one that can be done from New York or Washington, D.C., or wherever his latest fundraiser is."

Governors - including Jindal - typically meet with legislators in the weeks leading up to a session both to pitch their planned legislative package and to find out what issues matter to them. Last year, in a variety of gatherings, Jindal met with almost all lawmakers as he sought support for a controversial plan to scrap the state's income tax, a plan he ended up withdrawing after failing to win them over.

This year, Jindal met with only a handful of legislators before the session began on March 10. Many rank-and-file legislators said they have seen the governor only once during the session - when Jindal gave his opening-day address. In the following weeks, when they have wanted to discuss legislation with the administration, they have spoken with the governor's staff, not him.

Jindal has kept in contact on a weekly basis with Senate President John Alario, R-Westwego, and House Speaker Chuck Kleckley, R-Lake Charles. Both men said they are satisfied with their access to the governor. "I've met with him more this session" than last year, Kleckley said.

Besides the House Speaker and Senate president, the most powerful legislators are the chairmen of the legislative committees. They choose which bills get heard and when. Jindal has met with the Senate committee chairmen only twice this session and once with the House chairmen, for a total of three meetings.

In contrast, he has held seven meetings outside of Louisiana with America Next, the "conservative policy group" that is coordinating his national ambitions.

Common Core isn't the only issue impacted by the governor's aloofness.

On May 2 federal health officials rejected the administration's financing scheme for privatizing the state's public hospitals - a ruling that could cost the state at least $200 million and blow budget projections sky-high. Ten days passed before Jindal got around to discussing the looming financial calamity with Alario and Kleckley.

Both men - who won election to their leadership positions thanks largely to Jindal's support - said they didn't mind the wait. "He is very much on top of the CMS situation," Alario said after they met, referring to the federal Centers for Medicare and Medicaid Services, the agency that reviews state health plans paid for with federal reimbursements.

Jindal still hasn't discussed the implications of the CMS ruling with the two men who must shepherd the state's budget through the Legislature: state Rep. Jim Fannin, R-Jonesboro, who chairs the House Appropriations Committee, and state Sen. Jack Donahue, R-Mandeville, who chairs the Senate Finance Committee.

Fannin said he could meet with the governor whenever he wants.

Said Donahue: "As long as I can meet with Alario, I'm in pretty good shape."

Jindal traveled to New York City on Monday for Republican Governors Association meetings and on Tuesday to Orlando to speak to the American Federation for Children Policy Summit before returning to Baton Rouge on Wednesday. He did not respond to an interview request.

Instead, his staff emailed a statement:

Working with legislators, we are proud of what we have accomplished so far on a number of pieces of legislation that are already passed or close to passage. We are pleased with the progress of several of our priorities, including investing in higher education to better prepare students for our growing economy, cracking down on frivolous lawsuits, and passing laws to fight human trafficking.

Many legislators, Democrats and Republicans alike, said they haven't needed the governor much this year because he has had a light agenda of must-pass legislation.

"I just don't think he has much to do [during the session]," said state Sen. Fred Mills, R-New Iberia. "There's not a heavy agenda. He's mostly playing defense."

State Rep. Joel Robideaux, R-Lafayette, defended Jindal. "Ninety-seven percent of what needs to get accomplished gets accomplished," he said.

State Rep. Jack Montoucet, D-Crowley, said he could have accomplished more had he been able to meet with the governor to discuss a proposed solution to a budget problem involving a pension fund for parole and probation officers.

Pressed by The Lens' Tyler Bridges about his leadership during the session, Jindal cited various statistics showing the state is headed in the right direction (listen here).

"I couldn't get past Mr. Plotkin," Montoucet said, referring to the governor's new chief of staff, Kyle Plotkin. "If I had given him [Jindal] my position, maybe he would have understood it better."

State Rep. Joe Harrison, R-Gray, sought meetings with Jindal on two issues - involving the Office of Indian Affairs and the Elderly Affairs office - to no avail.

"The staff was giving me the runaround." Harrison said, adding, "It's a big issue, the fact that he hasn't been here."

Pearson said he finds Jindal's detachment "a little disheartening." The Slidell Republican said he has seen the governor twice this session: on opening day and at a committee chairman's lunch.

"We have big problems with the budget. It looks like we're kicking the can down the road for the next one or two years," Pearson said, adding, "God, it would be nice to see his face on the [House] floor.

"He's the governor, the leader of the state. It's like being on a battlefield and seeing your general to know he's there and cares about the troops," Pearson added. "He should want to be here, be engaged. I don't see any evidence that he is."

State Sen. Robert Adley, R-Benton, did get a 30-minute, mid-session meeting with the governor. He wanted to strategize over his efforts - strongly supported by Jindal - to pass a bill that would kill the lawsuit filed by the Southeast Louisiana Flood Protection Authority-East, the one alleging that oil, gas and pipeline companies have heavily damaged the coast and should pay to restore it.

State Rep. Steve Carter, R-Baton Rouge, and two other House members - state Rep. Jeff Thompson, R-Bossier City, and state Rep. Chris Broadwater, R-Hammond - got an hourlong meeting with Jindal in mid-April, two weeks after the governor revealed he supported the bill in committee that sought to derail Common Core. The three legislators opposed the governor when they voted with the majority to keep Common Core alive.

Carter, who chairs the Education Committee, said they had a good discussion of the issue and added, "I didn't want him to think I was disloyal. He said he had no problem."

"He's the governor, the leader of the state. It's like being on a battlefield and seeing your general to know he's there and cares about the troops. He should want to be here, be engaged. I don't see any evidence that he is." - state Rep. Kevin Pearson, R-Slidell

Education won considerable attention from Jindal in 2012 when he pushed several measures through the Legislature that he said would improve the state's dismal public school system. Courts, however, have ruled that his teacher-tenure program and his school voucher financing plans are unconstitutional.

Education has not been a Jindal priority since then. Clinton "Bubba" Rasberry, the Shreveport businessman named in 2012 by Jindal to chair the state Board of Regents - which sets policy for Louisiana's colleges and universities - hasn't met with the governor in over a year. "I think it's unusual, that's all I'm going to say about it," Rasberry said.

The powerful Board of Elementary and Secondary Education sets K-12 policy across the state, but as BESE President Roemer said he, too, hasn't met with Jindal in a year.

"The perception is he doesn't care," Roemer said. "I can't imagine why he'd let that happen. It leads me to believe that the governance of the state is not as important as his other agenda. This is his side gig, which is a shame."

Tyler Bridges covers Louisiana politics and public policy for The Lens. He returned to New Orleans in 2012 after spending the previous year as a Nieman Fellow at Harvard, where he studied digital journalism. Prior to that, he spent 13 years as a reporter for the Miami Herald, where he was twice a member of Pulitzer Prize-winning teams while covering state government, the city of Miami and national politics. He also was a foreign correspondent based in South America. Before the Herald, he covered politics for seven years at The Times-Picayune. He is the author of The Rise of David Duke (1994) and Bad Bet on the Bayou: The Rise of Gambling in Louisiana and the Fall of Governor Edwin Edwards (2001). He can be reached at (504) 810-6222.