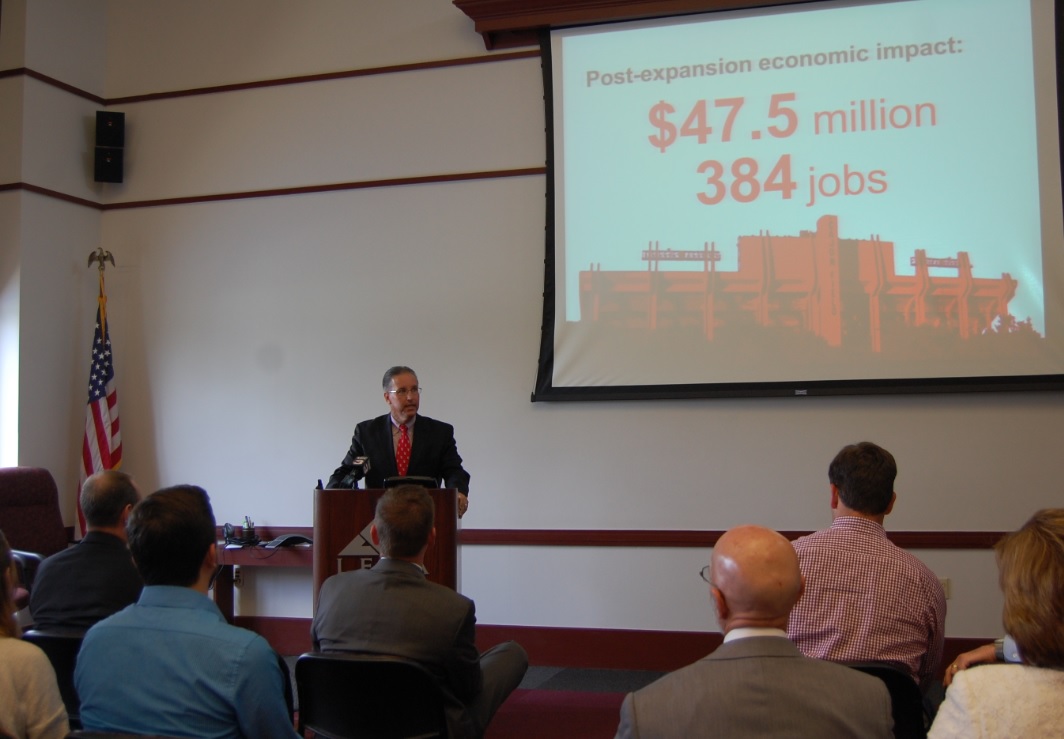 In 2013 alone, the Ragin' Cajuns football program had a local economic impact of more than $27.3 million, an average of $5.46 million per each of the season's five home games. Of that, $7.6 million is attributed to wages paid to area residents, as the program supported a total of 241 jobs and also contributed almost $17.2 million to the Acadiana Gross Domestic Product.

The results of an independent analysis completed in May by the Lafayette Economic Development Authority in conjunction with Vermilion Marketing & Opinion Research LLC reveal that the Louisiana Ragin' Cajuns football program is an economic engine, generating substantial business sales, employment and personal income for Acadiana. The analysis - which aims to quantify the impact on the local economy using a broad range of data, including spectator surveys, game attendance data, financial reports, and a survey of Lafayette businesses - was paid for by MidSouth Bank and completed for the University of Louisiana Athletics Department.

This economic impact will grow with the current stadium expansion which will increase capacity from 31,000 to approximately 38,000 for the 2014 season and will rise exponentially when Cajun Field's capacity swells to more than 60,000, as outlined in the Athletics Department Facilities Master Plan. When the stadium expansion is completed, capacity will nearly double. The analysis shows that if the new stadium has an average attendance rate of 85 percent, the economic impact on Acadiana of football operations and spectator spending combined is estimated to reach $47.5 million and support 384 jobs for Acadiana residents. The new impact represents an increase of $20.2 million and 143 additional jobs.

"We are proud to be a part of the incredible culture here in Acadiana and happy to provide a positive economic effect on the community," says Scott Farmer, the university's director of athletics. "The successes our teams are currently enjoying combined with future facility expansion mean that impact and exposure to our great community will only continue to grow." Farmer is expected to elaborate more on the report as the featured speaker at Thursday's INDEvents luncheon, which celebrates the most winning season in Cajuns history. The event starts at noon at the Hilton Lafayette.

A portion of the total economic impact is attributable to the local expenditures by the University Athletics Department and outside organizations affiliated with the Ragin' Cajuns football program. These expenditures generated an estimated economic impact of more than $10.3 million.

"UL Lafayette, with its established academic reputation and its athletic program success, is one of LEDA's key allies in our economic development efforts in Lafayette and Acadiana," says Gregg Gothreaux, president and CEO of LEDA. "The university plays an integral role in attracting businesses and people to the region, and its athletic program is an important part of the region's entertainment industry. UL Lafayette's football program not only contributes to the region's quality of life, but to the whole economy."

"MidSouth Bank has long had a terrific relationship with both LEDA and UL, and we were glad to fund this critical independent study, which gives everyone real insight into the kind of impact a single sport can have on the local economy," says Rusty Cloutier, president and CEO of MidSouth Bank. "This study is very important to the future of the university's Athletics Department."