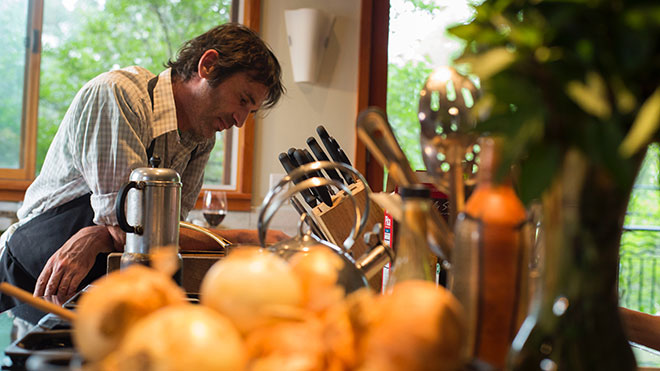 Pork is arguably the most loved and utilized meat in Acadiana. Signature Cajun eats like jambalaya, gumbo, stuffed ponce, boudin and cracklin feature pig parts that have been well-seasoned and preserved, smoked or fried. In recent years, the boucherie, an all-day event in which a whole pig is killed, processed, cooked-up and feasted upon, has made a resurgence throughout the Acadiana parishes and has gained national attention.

"Five years ago, before receiving countrywide press, the Acadian boucherie process was on its way out," says Toby Rodriguez, owner of Lache Pas Boucherie et Cuisine, a culinary entertainment and catering company. "No young people were doing it. Anthony Bourdain came down and romanticized it and revived those techniques. We owe him for that. We can't take credit for that. It's important for me to continue to do the boucherie, to promote it, to nurture it and make sure that my daughter's generation can enjoy these traditions." 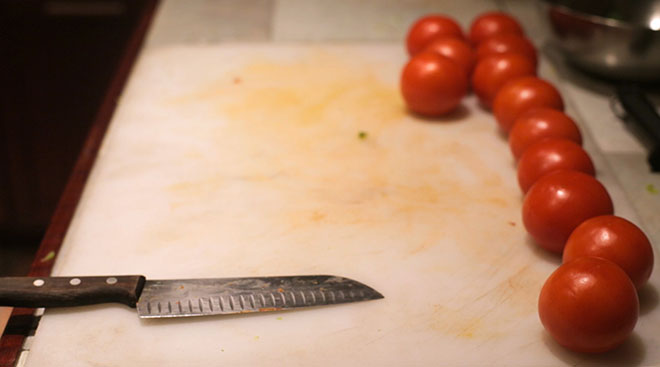 The event, generally accompanied by live music and family and friends, yields an abundance of locally raised pork in the form of sausages to be hung in the smoke house, boudin, ham, hogs head cheese, ribs, cracklin, pig ears and other delights. The Acadian boucherie, which has been around sometime since the late 1700s, when Cajuns and their livestock began inhabiting Louisiana, was once a means for food production and survival. These days, the boucherie is about bringing people together, preserving a tradition and creating fresh food in a resourceful way.

Rodriguez, his staff - Rennie Elliott and Bryan Kyzer - and their many collaborators are at the forefront of this revival and are eager and well-equipped to spread the gospel of the boucherie.

"The old-style techniques that Toby uses are very important," says Holly Goetting, executive chef at Charley G's. "The boucherie respects the bounty we are given and have raised. It is hands-on from feeding the pig crops that complement its flavor to taking the pig's life by putting it to rest with the least bit of pain and suffering. Boucheries bring family, friends and community together around food, the way we have from the beginning."

Lache Pas Boucherie et Cuisine, focusing on the art of the boucherie and pig roast, was born several years ago when Rodriguez, an artist, carpenter, actor, writer, curator, entrepreneur, among other roles, began using the brand "Lache Pas" for events and projects for which he was a collaborator; his talent for cooking, however, began long before Lache Pas was a staple in his vernacular.

"I started cooking supper for my family when I was 12 years old," says Rodriguez, a native of Poche Bridge. "Times were different. Mom had two jobs and dad worked day and evening, so I had to cook supper. When I was 17, I started working in the deli at Green's Piggly Wiggly in Cecilia. Glenda of Glenda's Creole Kitchen worked beside me there. I also worked at Hebert's in Breaux Bridge. These jobs showed me the industry standards, but I learned the traditional way of doing things growing up."

Lache Pas, which translates as "don't let go" in French, embodies Rodriguez's approach to cooking, art, carpentry and most all of his other endeavors. His appreciation for an older style of doing things resonates in his cooking.

In the past six months, chefs throughout Lafayette and South Louisiana have noticed Rodriguez's skills and come out en mass to assist with Lache Pas Boucherie et Cuisine's projects. Boucheries require a lot of work with as many as 20-30 people simultaneously butchering and processing parts of the pig. The Lafayette chef community has jumped at the opportunity to help and learn more about this old-school affair.

Recently, Rodriguez and Jo Vidrine, one of Rodriguez's longtime friends and assistants, traveled to Charleston, S.C., to host a boucherie. A month ago, Rodriguez et al. were in New Orleans for a similar event. Rodriguez has been featured in special fundraising dinners like Pig and Plough Suppers and Runaway Dish and late last year appeared on Top Chef with renowned Louisiana chef Donald Link. Needless to say, he is quickly gaining renown for his passion for preserving the Acadian boucherie and bringing people together.

"I start with a live pig. I use as much local, seasonal vegetables as possible and don't normally crack open a can for much. Before being a butcher and being known for cooking a whole animal, I'm a saucier. I love doing sauces; I love the layers. A sauce is like an oil painting. You add a layer, give it time; everything I'm investing in that sauce should have some worth. But regardless of what I'm creating, I love sharing my food with others. If you have the community around a meal, it will be so much better. "