The former U.S. Rep. is stepping down as head of the Louisiana Department of Veterans Affairs, a job he took last fall after quitting Congress. 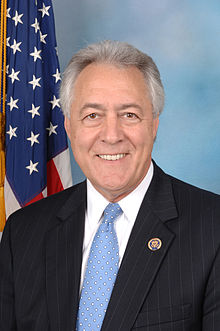 BATON ROUGE, La. (AP) - Former U.S. Rep. Rodney Alexander is stepping down as head of the Louisiana Department of Veterans Affairs, a job he took last fall after quitting Congress.

He gave no specific reason for leaving a post he held for about eight months.

"He is pursuing other opportunities outside of government. He is not running for Congress," department spokeswoman, Robin Keller, said Tuesday.

There had been speculation that Alexander might seek his old job after a video surfaced showing newly elected Rep. Vance McAllister kissing a congressional aide who is not his wife. McAllister has said he won't seek re-election.

"I am sorry to see Secretary Alexander step down from his post. Rodney has dedicated his life to public service. He has served our state with honor and integrity, and I wish him all the best in his future endeavors," Jindal said in a news release.

LaCerte has served as deputy secretary and executive counsel of the Louisiana Department of Veterans Affairs since 2010.

The Louisiana Department of Veterans Affairs was made a cabinet-level department in 2003. The department runs five veterans' homes in the state and, with offices in all 64 parishes, the department provides assistance to veterans and their families, including help with claims for federal VA benefits.