Earth's quadrennial soccer tournament has something for every sports fan. 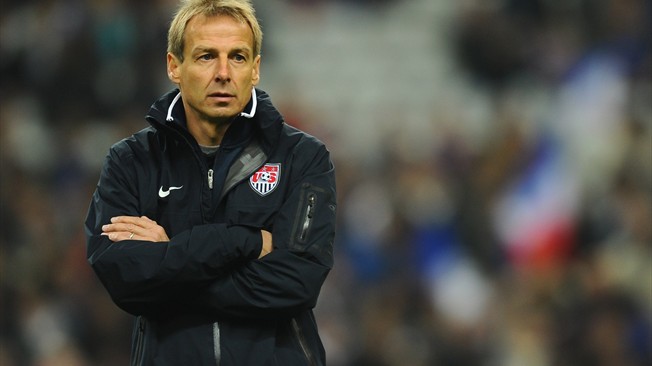 The 20th World Cup begins June 12, and for billions of soccer fans it's been a long four years since the last one. If you are not yet a fan but are into athletic brilliance, pageantry, obsessive behavior or drama, you are in for a treat. If you prefer controversy, despair and exposure of corruption or incompetence, you will enjoy yourself immensely.

Competition for the 2014 World Cup began almost three years ago when 203 national teams began a series of regional qualification games with the 31 left standing heading to Brazil. As the home team, Brazil automatically qualified. The U.S. team played 16 teams from countries in North America, Central America and the Caribbean to secure its spot. For countries who failed to qualify, despair has already begun.

For others, including the U.S., despair may be looming. In December FIFA, the international governing body of soccer (see corruption), staged an extravagant television production to determine team groups and game locations. The 32 national teams were divided into eight groups of four teams. The eight top-seeded teams were each placed in separate groups (see controversy). The remaining 24 were randomly assigned with restrictions to avoid countries from playing other countries from their part of the world. Each team plays the other three members of its group. The top two finishers advance to a Sweet 16-style knockout competition. Traditionally the group with the toughest teams, one through four, is called "The Group of Death." This year that would be Group G with Germany, Portugal, Ghana and the U.S.

All 64 games will be televised on ABC/ESPN. For the group competition that means three games a day for two weeks (see obsessive behavior). Since Brazil's time zones correspond nicely with ours, every kick off is scheduled between 10 a.m. and 7 p.m. No more setting the alarm for 3 a.m. as was necessary for the 2002 World Cup in Japan/Korea where Landon Donovan made his memorable debut.

American soccer reached another milestone when U.S. coach Jurgen Klinsmann's decision to cut Landon Donovan led off two days' worth of ESPN SportsCenter (see controversy). Donovan is the best U.S. soccer player ever, and he was a star at the 2002 and 2010 World Cups. But he's 32 and travels his own path; most notably it led him to taking a "sabbatical" from the national team during the early qualifying rounds. Klinsmann won a World Cup as a player for Germany in 1990 (he has 11 WC goals) and coached a young German team to a surprising third place in the 2006 World Cup. He was hired not to continue the mediocre quality of play of past U.S. teams but to take it to the elite level. In December, after one of the most successful years for the U.S. team, he was given a contract extension through the 2018 World Cup.

For many Donovan fans the question wasn't whether he was one of the best 23 players who made up the World Cup squad; the real question was whether his contributions to the team overall outweighed his declining speed, stamina and questionable commitment. Would anyone blame Sean Payton if he cut a veteran who took a sabbatical the first month of a season? In his surprising decision Klinsmann freed a place on the roster for a young player to gain experience for 2018 and set an example that total commitment is a criteria to be a national team member.

June 12's opening match between Brazil and Croatia is a must-see. Oprah Winfrey and Diana Ross highlighted the opening ceremonies at the 1994 U.S. World Cup. Expect Brazil to top that (see pageantry). The second day features one of the best games of the entire tournament, Spain versus Netherlands, a rematch of the 2010 World Cup Final in South Africa. Spain plays a mesmerizing style, while the Dutch are notoriously dirty (see athletic brilliance and corruption). The following day offers England versus Italy, two former champions. The next day Argentina versus Bosnia and Herzegovina. The next a double feature: Germany versus Portugal and U.S. against Ghana. The next day well, you get the picture (see obsessive behavior).

Who will win? Five teams seem genuine contenders: five-time champion Brazil, defending champion Spain, three-time champion Germany, two-time champion Argentina and two-time champion Uruguay. Obviously, tradition matters in international soccer. With that in mind and the fact that no European country has ever won a World Cup staged in the Western hemisphere, throw out Spain and Germany. Uruguay won the only other World Cup held in Brazil, so the chance it will send its neighbor into another decades-long spiritual depression seems remote.

Expect a final between Brazil and Argentina.