The Cane Fire Film Series screens "The Double" from British director Richard Ayoade at the Acadiana Center for the Arts. 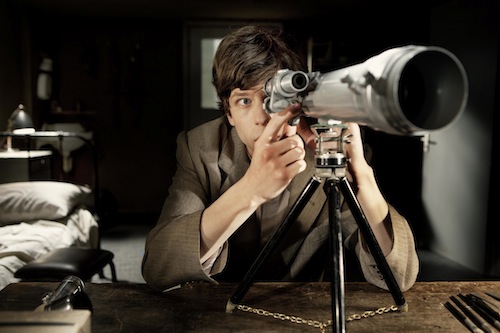 The film follows a timid office clerk working in an ominous government organization named Simon James, played by Eisenberg. James is overlooked by his boss and colleagues, scorned by his mother, and ignored by the charming copy room girl he pines for, Hannah. Undermined and undervalued everywhere he turns, it looks as though his aimless life couldn't get any worse-until the arrival of James Simon, his new co-worker. James is both Simon's exact physical double and his opposite-confident, charismatic and seductive with women. And to Simon's utter astonishment and horror, James slowly starts taking over his life.