Father's Day four-pack of handcrafted beer is on the house 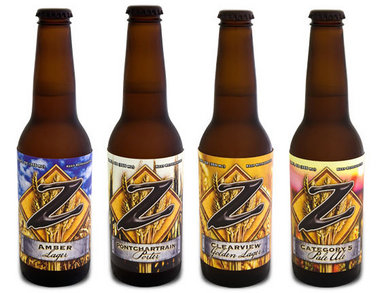 Zea Rotisserie & Grill knows dads like an ice-cold beer more than another tie in the closet - dine out with dad on Sunday, June 15 and let Zea treat him to a free four-pack of handcrafted beer.

Clearview Golden Lager is a light, crisp taste -its a German Kolsch-style beer brewed from wheat and barley with a more full body taste than domestics. Zea Amber Lager is a Vienna-style beer with a toasty malt flavor that's slightly heaver than the Golden Lager.

Zea suggests the Category 5 American Pale Ale for those who appreciate a bold beer with aromatic cascade hops. Pontchartrain Porter is the darkest with flavors of chocolate and coffee in the ale.

If you're traveling this Father's Day, Zea Rotisserie & Grill has locations in New Orleans, Baton Rouge and of course here in Lafayette off Doucet Road. While the restaurant does not accept reservations, call ahead waiting is available at all locations.