Just call him the $6 million man.

[The Associated Press contributed to this story.] 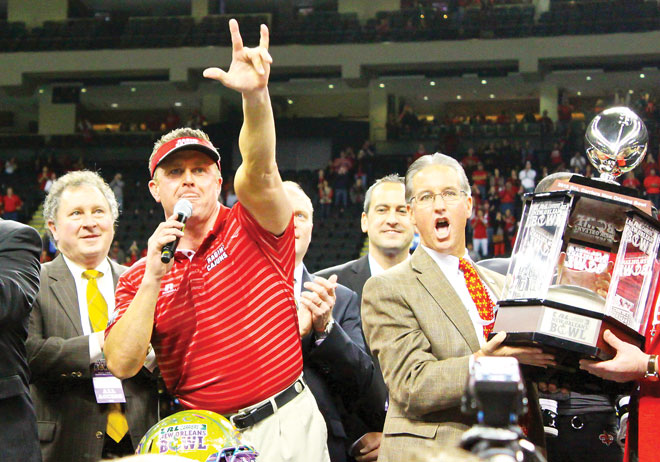 UL head football coach Mark Hudspeth and the university have agreed to a six-year contract extension.

UL football coach Mark Hudspeth has agreed to a six-year extension, a deal valued at $6.45 million.

Hudspeth has coached the Cajuns to three straight 9-4 seasons, all ending with bowl victories. Hudspeth and the Cajuns also won a Sun Belt Conference title.

UL Athletics Director Scott Farmer says the new contract "is a show of faith between the university and coach Hudspeth in that both sides agree the football program is headed in the right direction."

Hudspeth says the deal is "good for both sides" because the stability it brings will help with recruiting. Hudspeth adds that the deal also shows UL is "ready to take the next step in becoming a major program."