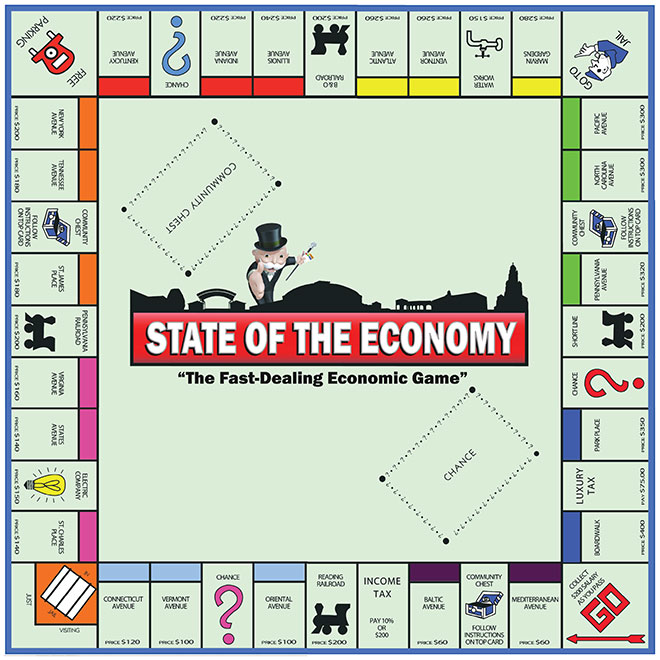 When LEDA and ABiz unveiled the Lafayette Economic Performance Index in 2012, we hoped the report would provide readers with necessary information to make important business decisions. The report and the corresponding State of the Economy luncheon have been well-received, very well-received, in fact. The EPI has also received national kudos. Earlier this month, LEDA and the EPI were recognized by the Council for Community and Economic Research (C2ER) for "Excellence in Support for Project Impact Analysis/Program Evaluation or Assessment."

The C2ER awards program recognizes the contribution of research activities to the success of economic development initiatives. The EPI was singled out for its ability to take complex data (15,000 datapoints, to be exact), analyze them and then report them in a way that is easy to use and understand. The EPI is a useful tool for LEDA because it is a highly visible product that our clients can use to keep track of how the economy is faring. I am very proud of LEDA's research team for its outstanding work.

Since economic development is a constantly changing field, LEDA is already working with ABiz to bring readers a more dynamic report to complement the existing quarterly EPI. Stay tuned for more details.

As I prepared for the third State of the Economy luncheon on June 19, I've reflected on where the community has been over the past year. With record-setting retail sales and home sales, low unemployment and business attraction announcements like Bell Helicopter and CGI Federal, as well as retention projects like Newpark and Frank's International, Lafayette has positioned itself as one of the premier communities in the South.

The most recent EPI reflects this. The first quarter EPI shows an economy that is strong and vibrant with positive momentum. For those of you who read the EPI each quarter, you know about the steady improvement in the economy since the effects of the recession reached the region in 2009. From the low of 103 in August 2009, the EPI has rebounded to 2007 levels in the first quarter of 2014. Nearly all of the indicators the EPI tracks show improvement over or are holding steady compared to the first quarter of 2013.

Leading indicators, those that change three to six months before the rest of the economy, are performing well. Average Weekly Initial Unemployment claims are the lowest they've been since 2008. The Lafayette Stock Index hit an all-time high in March, following news in early 2014 that IberiaBank was purchasing Teche Federal Bank. 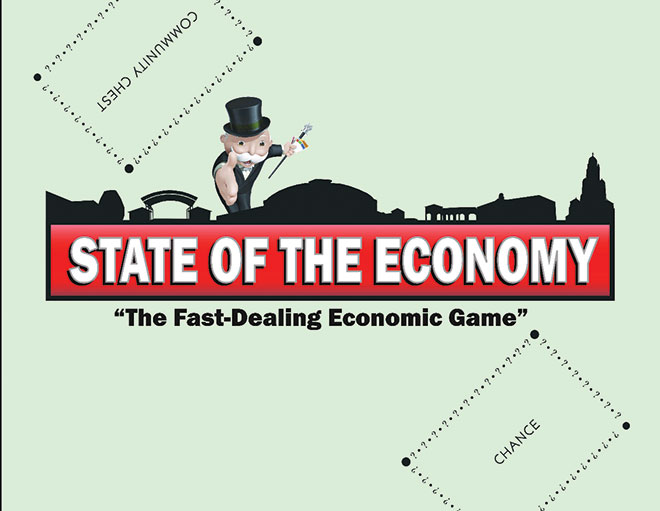 This year UBS/The William James Investment Group joins Investar Bank
as a presenting sponsor of ABiz's annual State of the Economy report.
Managing Director-Investments Rick Frayard is at the helm of the River
Ranch office of UBS. Additional sponsorships include sustaining sponsors
AT&T, Turnkey Title & Escrow and Acadiana Economic Development.
On June 19, Lafayette Economic Development Authority President and
CEO Gregg Gothreaux returns to the Cajundome Convention Center to
deliver his third annual State of the Economy report, one of the most
talked about business events of the year.

Current indicators, those that change at the same time as the overall economy, continue to be led by retail sales. Through March, retail sales are 3.2 percent higher than last year's record-setting sales. In fact, retailers reported the highest sales ever for the month of March - $549 million. It's a similar story for hotel/motel receipts, another key current indicator; year-to-date receipts are 7.2 percent higher than 2013. March is one of the highest months on record for hotel/motel receipts - second only to September 2008 when Hurricane Gustav impacted the area.

Finally, lagging indicators, those that change three to six months after the overall economy adjusts, are also on the upswing. In the first quarter, the unemployment rate dipped to 3 percent and currently stands at 3.2 percent. Unemployment in Lafayette is less than half of the five-year high of 6.6 percent reached in January 2011. The last time we saw unemployment rates this low was in 2008, when the community had one of the best years ever.