The International Trade Commission has renewed the antidumping tariff on frozen Chinese crawfish meat into 2017 - expected but good news after a bad crawfish season. 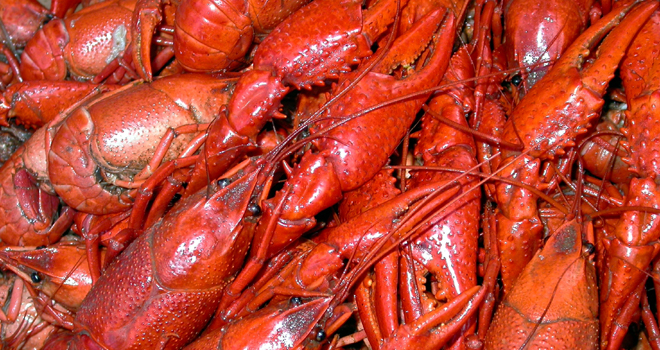 The tariff was first imposed in September 1997, after the Commerce Department found that U.S. producers were being hurt by Chinese crawfish tail meat dumped on the market at considerably less than market value. The tariff would expire after five years without ITC renewal; this is the third such renewal.

"It's a good thing. I wish it were 10 times as much," said Stephen Minvielle, who farms 80 acres of crawfish and is director of the Louisiana Crawfish Research and Promotion Board. He said earlier last week that he'd expected the renewal. "It was pretty much a no-brainer."

The trade commission said revoking the antidumping duty would have probably lead to serious damage to U.S. crawfish processors, all of which are in Louisiana. The number has risen from 40 in 1997 to 53 this year, it said.

No Chinese businesses or agencies answered the commission's request for information, according to a report recently made public on the ITC website.

That difference "would seem to support the CPA's contention that underselling in the U.S. crawfish market is a continuing issue of concern," the report said.

The tariffs vary but can range as high as 223 percent based on the value of the shipment, according to the International Trade Administration of the U.S. Department of Commerce.

Dana Frey of D and G Frey Crawfish LLC said the tariff has helped increase the price of Chinese crawfish. "It's been helping us a lot," she said.

Frey employs about 15 people to fish and clean crawfish on 1,500 acres of crawfish ponds in Iota; she also owns a processing plant that usually employs 50 people.

She had fewer employees this year because the long, frigid winter cut the catch drastically. "We usually catch a million-plus pounds a year," she said. This year, she said, it was about half that.

Normally, it gets cold enough in Iota for a skin of ice to form on the ponds at least once. This year, there were many hard freezes. "Guys could walk on top of the ice with the boat," she said.

Statewide, Minvielle estimated, revenues were probably down about 60 percent for crawfish farmers and fishermen.

January, February and the first two weeks of March were catastrophic losses, but production improved in the spring and "took off" in May, he said.

"It's one of those years where you were lucky to get your investment back. If you made a small profit, hallelujah," Minvielle said.

Earlier in the year, he had worried about mass bankruptcies in the crawfish business.