According to this report from the Advocate, Troy Gallo, and his wife, former Animal Control Director Patricia Gallo, were arrested Wednesday on several animal cruelty charges and for stealing dog food from the shelter. 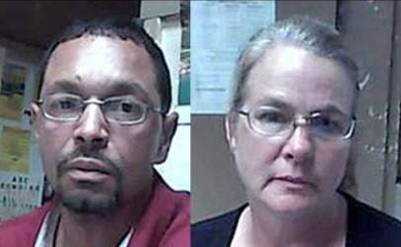 Arrest records paint a more sinister picture of Troy Gallo, who a witness claims to have seen improperly injecting animals with euthanasia drugs, and then "would throw the animal onto the floor to allow animal control dogs to finish killing the animal."

Troy Gallo tells the Advocate that those incidents never happened, saying "Those people accusing me don't even have a clue of how the (euthanasia) procedure is performed."

"I would love to tell my side of the story," says Gallo. "This is based on hearsay and no evidence. It's from a complaint. My stepdaughter went to the sheriff with a counter complaint."

According to witness statements, the couple is also accused of stealing dog food from the shelter, and leaving animals in filthy cages without food or water.

Despite the allegations, however, both Troy and Patricia Gallo are still employed as parish employees, though they no longer work at the animal shelter.

Both will remain employed until the legal process is finalized, Parish Chief Administrative Officer Jessie Ballard tells the Advocate. "If they are guilty, then the proper action will be taken."