Everyone is wrong about Austin Badon's bill requiring brain-dead pregnant women to be on life support, including Austin Badon. 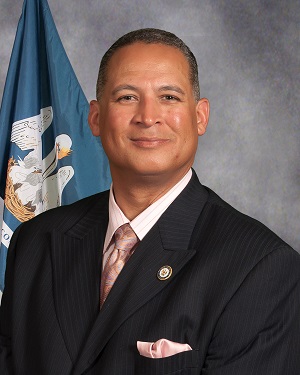 During the last few weeks, more than a couple of barrels of ink have been spilled about state Rep. Austin Badon's (D-New Orleans) HB 1274, a bill ostensibly intended to require mechanical life support for brain-dead pregnant women, regardless of what her family desires. HB 1274 sailed through the legislature nearly unanimously, and currently, it's sitting on Gov. Bobby Jindal's desk, awaiting his signature.

It's a complicated and controversial issue, no doubt about it. But perhaps more importantly, HB 1274 is also an embarrassingly sloppy piece of legislation, and no matter what your personal opinions may be about abortion or the "sanctity of life," it's still terrible and misguided public policy that demands a gubernatorial veto.

I recently spoke, at length, with Badon about this legislation, and I genuinely respect and appreciate his concerns and his intentions. Badon believes that when a woman is more than twenty weeks pregnant, the state should presume her intention is to carry the baby to term, in the absence of a living will, an advance directive, or an order previously given by the woman to her physician.

To me, that general presumption is imminently sensible, though I also believe in the dignity of allowing a woman's family the ability to rebut that presumption.

However, as a matter of law, there is an enormous difference between being temporarily incapacitated or comatose or in a vegetative state and being brain-dead, and it's a distinction recognized in Louisiana. If you're brain-dead, you're also legally dead. It seems macabre and cruel for the government to mandate mechanical life support for a legally dead woman, against the expressed wishes of her family, in order to ensure that she gives birth, months later, to an unwanted baby exponentially more likely to suffer from deformities and severe disabilities. (It's worth noting that I was born with cerebral palsy. I'm extremely fortunate that I was born into a nurturing, successful, and intensely intelligent family, and I like to think that I am wise enough to recognize my own good fortune).

Badon asserts his bill does, indeed, apply to brain-dead pregnant women, and the state and national media have repeated that assertion without question.

According to two of the nation's leading legal experts in the subject, Drexel University Law Professor Kathy Taylor and SMU Law Professor Tom Mayo, it's simply not true. Quoting Professor Mayo (bold mine):

As written, the bill says that Louisiana law should be interpreted to keep providing life support for a 20+-week-old fetus if 'the pregnant woman's life can reasonably be maintained in such a way as to permit the continuing development and live birth of the unborn child.' I don't think this provision would apply to a brain-dead pregnant woman, because her life cannot be maintained.

And quoting from Professor Taylor (bold mine):

I know, the media reports on this bill are so inaccurate, talking about brain-dead women, etc. The bill appears to allow women to execute an advance directive saying what they would want if they were pregnant, even though that is not expressly stated. This is because the clause applies WHEN THERE IS AMBIGUITY, and if a woman has an advance directive addressing pregnancy, then there is no ambiguity.

The fact is, though, that most women of this age do not have an advance directive anyway. The real reach of the law is this: when a woman has no advance directive that clearly says what she wants or has not clearly told her physician what she wants for purposes of a POLST (Physician Orders for Life-Sustaining Treatment, and that would be most women), then her family members will not be allowed to make the decision for her, as they otherwise would be allowed to do for other medical decisions.

The statue sets out classes of persons that can make a decision for a patient if that patient is incompetent (these are called "surrogate decision makers"). But in the case of pregnancy, they will not be allowed to do so once the fetus is 20 weeks and the other conditions are met. The bill also could be interpreted to apply to brain dead women because of the clause about how the act should be interpreted to err on the side of preserving life.

But since the law itself does not seem to apply to brain-dead women, I think that interpretation is inaccurate. That issue, if taken to court, could very well end up like the Texas case, where the court found that the law did NOT apply to brain-dead women. The bottom line is that women should clearly address what they would want if they were pregnant in their advance directive, or if possible discuss this issue with their physicians for the purpose of the POLST if they are already critically ill, because their family members will not be able to make a decision to discontinue treatment once she is 20 weeks pregnant and there is a reasonable chance of a live birth.

Professor Taylor says it best: "I know this is complicated, but the bill is so badly drafted that interpreting it is complicated."

Jindal will likely sign this bill or allow it to lapse into law, and if he does, it'll be yet another example of his own squandered, sloppy, pandering, anti-intellectual leadership.