Chris Hebert of Busted In Acadiana likes to fancy himself some sort of journalist, but a recent Facebook post proves just how much of a joke he really is.

[Editor's Note: This story has been updated with comments from Kip Judice, who didn't return our call until after it was originally posted.] 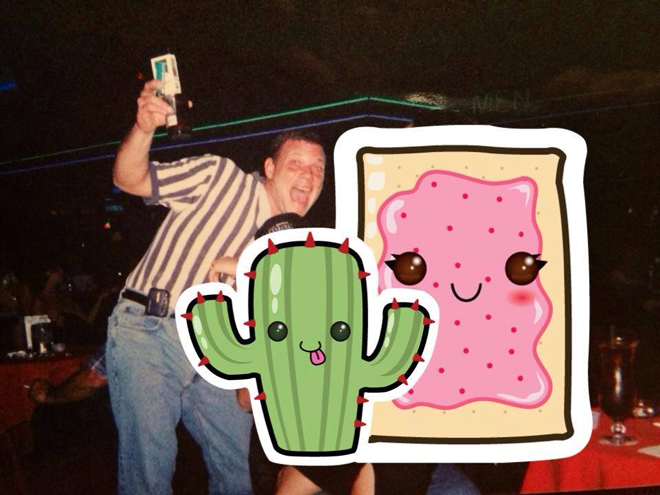 Chris Hebert of Busted In Acadiana likes to fancy himself some sort of journalist, but his own legal problems and more recently a Facebook post attempting to tarnish the name of Lafayette City Marshal candidate Kip Judice proves just how much of a joke he really is.

The post, which hit BIA's Facebook page Sunday, shows Judice holding a pack of smokes and a beer while posing, supposedly, with two strippers from Desperado's Cabaret. The strippers are covered up with cartoon images of a cactus and a pop tart.

One candidate for Lafayette City Marshall [sic] and a former Captain at the Lafayette Parish Sheriff's Office was a regular at Desperado's Cabaret prior to the club being raided by federal agents in December 2012. Here is one of numerous pictures that exist of Kip Judice having the time of his life at the now shuttered booby bar.

While Hebert claims there are numerous pictures of Judice cavorting with strippers at Desperado's, he only posts one image, one that is clearly dated as seen with the beeper attached to the waist of a much younger-looking Judice. Seriously, this photo easily dates back to the early to mid-90s.

But Hebert doesn't stop there, taking it a step further by attempting to connect Judice, via a 20-year-old photo, to the recent federal raid and discovery of prostitution and drug activity at the gentleman's club:

In a May 2014 multi-count indictment charging 10 Desperado's defendants, there is a sentence that implicates "local police officers" but it doesn't identify the officers or specify which department according to an article by The Advocate. 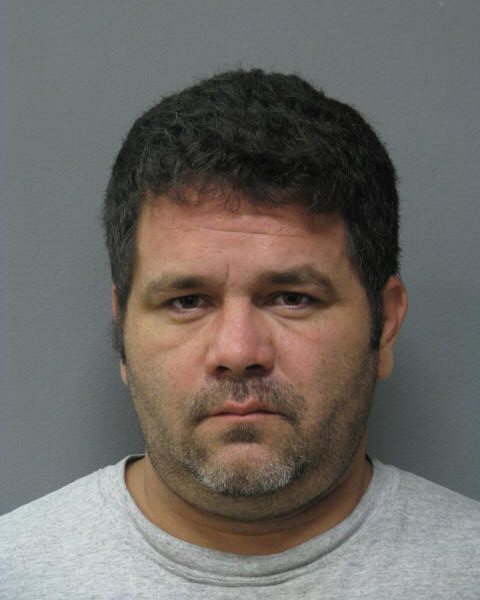 Let's be clear: There's absolutely no known link, as Hebert implies, between Judice and the federal case against Desperado's. And it didn't take long for the blowback to come down on Hebert as his post received more than 60 responses within 10 hours, the majority coming off like this comment from Courtney Slaughter: "Who cares? Is it illegal for a person to go to a strip club now? Just because he went doesn't mean he had any knowledge of criminal activities."

Hebert, on the other hand, knows a thing or two about criminal activity.

In October 2011, Hebert was arrested on two counts of cyberstalking and one count of stalking - all of an alleged female victim. His case, which stalled recently because he could no longer afford his attorney, is set to resume Thursday in district court, where it's likely a trial date will finally be set.

And for those who don't remember, Hebert's also known for his sleazeball attempt at making a buck by posting people's mugshots and arrest records online through his BIA website. Hebert would remove people's mugshots from the site for a fee, though typically that would come after an individual would endure gross ridiculing from commenters and the additional posting of their personal information.

It's time for Hebert to find a new hobby.

"I worked undercover from about '92 to 2001, and yes, I had to go to places like that," says Judice during a phone interview Monday afternoon with The IND. "I also know who's in that picture, the two people hidden: I put both of them in jail for narcotics distribution. There's really nothing else to say, except there's no connection to me and the [federal] investigation. There has never been. I was just doing my job; it's what I did for a living back then."