DIEP flap procedure offers patients a more natural look that they can now get close to home.

DIEP flap procedure offers patients a more natural look that they can now get close to home. By Kari Walker

The DIEP flap procedure harvests a woman's own abdominal skin, tissue and fat for transplantation to the chest wall for breast reconstruction. This micro-vascular surgical approach allows blood flow to the tissue withouth involvement of abdominal muscle.

Oncoplastic surgery, which represents a collaborative approach to integrating breast reconstruction into surgery to remove breast cancer, is making strides in Lafayette.

In the past, mastectomy typically involved complete removal of the breast and any excess skin and tissue. Recent advances, however, have allowed breast surgeons to spare some of a woman's breast skin and even her nipple while removing the cancerous tissue, but even newer options are allowing those surgeons to work hand-in-hand with plastic surgeons specializing in breast reconstruction to achieve aesthetic outcomes that also improve a woman's quality of life.

"The options for breast cancer patients historically have been external prostheses in a custom-fitted bra - but [the prosthesis] can be heavy and hot in our climate and limiting in clothing, especially swim suits. I tell patients the end goal is that they can get up in the morning and go about life and not be reminded they had breast cancer," says Dr. Stephen Delatte. It's one of the reasons more women are opting for reconstructive surgery.

Dr. E. Paul Breaux III often performs these skin-sparing approaches in qualifying patients while a plastic surgeon like Delatte comes behind and inserts the appropriate implant.
Surgical breast reconstruction options now range from artificial implants to utilizing a woman's own skin and tissue to create a more natural-looking breast. In the past, typically skin fat and muscle from the upper back was transferred to the breast area, but patients were often dissatisfied with their new appearance for a number of reasons.

Just this year Delatte began offering his patients this advanced option, working with trained breast surgeons like Breaux at Our Lady of Lourdes, Women's & Children's and Park Place Surgical Hospital in Lafayette.

DIEP, short for deep inferior epigastric perforators, includes the transfer of skin and fat from the lower abdomen to the chest for reconstruction without involving abdominal muscles. It's not the first time abdominal tissue has been used, but a similar reconstruction option called the TRAM flap included removal of abdominal muscle, which increased the risk of hernias or other abdominal wall defects.

With the DIEP procedure, the skin is transplanted to the chest wall, in the space where the breast surgeon has performed a mastectomy, with the assistance of both a micro-vascular surgeon and plastic surgeon like Delatte. Essentially, it's a twofer: The patient's abdominal tissue creates new breast-like tissue, and she also gets a tummy tuck.

The reconstruction result has a similar feel and appearance to natural breast tissue, which is making it the preferred option for women who don't want implants. "The breast is generally made up of skin and fatty tissue - if we can replace like with like, then we can create something that looks more natural," Delatte says.

The technique is new to Lafayette, as patients previously sought the procedure in New Orleans or Houston. 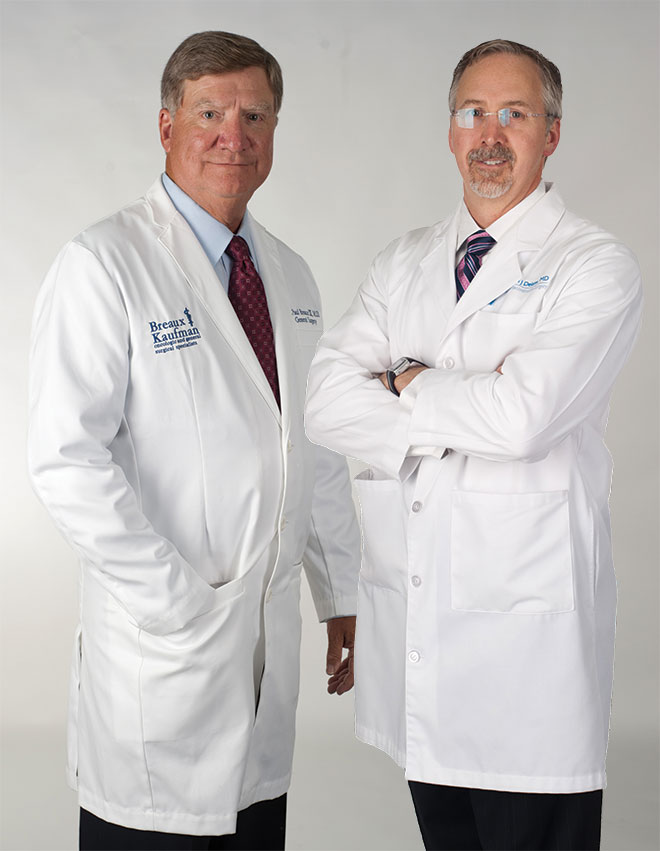 When Lafayette resident Cydney Begnaud was diagnosed with breast cancer in 2000, she started her surgical treatment with a simple lumpectomy, chemotherapy and radiation, but later struggled with repeat abnormal mammograms of suspicious lesions. Some seven years later she had a consultation with Delatte about undergoing a mastectomy with reconstruction and he thought she was a good candidate for the DIEP procedure. At the time, however, she had to go to New Orleans for the surgery. Begnaud made the trip, but knows the process would have been more comforting closer to home near her support system. "I was in surgery for eight and a half hours and stayed in the hospital two days and then in a hotel in New Orleans for a day and half and then went back to Lafayette," says Begnaud.

Female patients are often sensitive to procedures related to breast and plastic surgery and prefer a more intimate hospital setting, like Park Place. However, patients must generally be in good health, without any chronic conditions like high blood pressure or diabetes, to qualify for a surgical candidate at most specialty hospitals. If a woman is not a candidate for Park Place, DIEP and other reconstruction can be done at a higher level facility like Our Lady of Lourdes.

Breast reconstruction as a whole is a multiple procedure process - the goal is symmetry and shape of both breasts. A patient needing only a single mastectomy may choose to have both breasts removed and reconstructed or work with a plastic surgeon to weigh options for the unaffected side. Breast cancer patients should know their insurance typically also covers all additional procedures related to reconstruction as a whole - including the unaffected side via breast lift, reduction or augmentation. Breast reconstruction is not considered a cosmetic procedure by insurance companies.

"We're seeing patients who are choosing to have bilateral mastectomies (both breasts removed) and not have to worry about having breast tissue. We are seeing young patients asking for mastectomies when they could be a candidate for a lumpectomy - I think this increase is the quality of reconstruction options plastic surgeons can offer," says Breaux.

Local physicians say a woman diagnosed with breast cancer should collaborate with her team, including both a general surgeon experienced in breast surgery and a plastic surgeon qualified to perform reconstruction procedures since there is no one-size-fits all approach.

"Lafayette has a strong medical community and is able to offer more treatments that in the past could only be offered in larger cities like New Orleans and Houston," Breaux says. "This is just another step in the right direction."