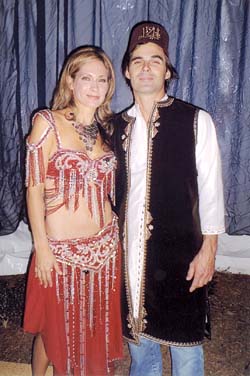 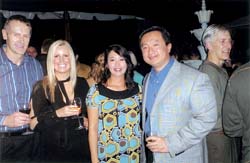 Ian and Angie Ross and Tracy and Peter Yuan

Before the memories of the holidays fade, Party Girl has one more soiree to share from 2007 and it’s a perennial favorite: Richard and Crystall Young’s annual fete in River Ranch. I couldn’t imagine that it could be more festive than it was in years past but somehow they pulled it off. Giant helium-filled balloons were tethered at the entrance, flying like giant moons over the roof. Guests were greeted by belly dancers in glorious costumes with lighted candelabra balanced perfectly atop their heads. The food was fabulous (the mashed potato martinis are always a hit) and at the appointed hour, the curtains parted and guests hit the incredible dance floor — an acrylic deck suspended over the backyard pool with a built-in light system that synchronizes with the music. Needless to say, you have to see it to get the full effect. Among the many guests in the party groove were Seema and Amir Ibrahim, who fit right in wearing native Pakistani costumes; Kiki and Rick Frayard; artists Donald LeBlanc and Kelly Guidry; Beth and Michael Ardoin and many, many more — some of whom stayed until the wee hours of the morning. Happy holidays indeed!

Pamplona, the new tapas restaurant in downtown Lafayette, is open at last after what must be the longest rolling grand opening ever. Owners William Annesley and his wife, the fashionable Karina Annesley designated a rotating group of hosts to invite several couples each evening over a dozen or so nights to sample different combinations of menu items — and lots of Spanish wine. Thankfully Party Girl was invited to several of the parties and has a great idea of what’s good there — everything. Some favorites: the duck, the sweetbreads and the ostrich. Joining Party Girl at the many previews were Curtis Roy and Sharon Moss, Sarah and Coury Moss, George and Roxanne Graham, Bob and Sandy Giles, Cathi and Francis Pavy, and Flo and Jim Meadows. The renovation of the former Chris’ PoBoys is pretty amazing, and valet parking is available. On my way out, I had a chance to toast the chef for the fabulous feast — of course I have high hopes I’ll be invited again! 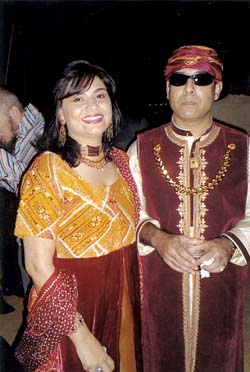 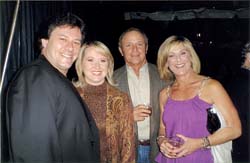 John and Karla Vinet and Kenny and Kathy Daigle 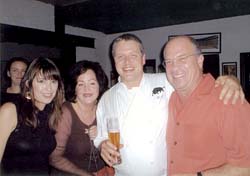 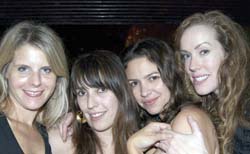 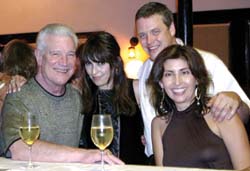 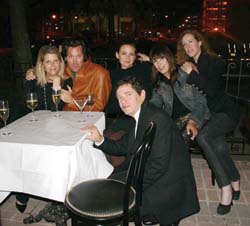