"From what I can tell, business owners Downtown have been more reactive than proactive in certain areas, and we've never been united in the sense that we can work together."

Athena Greek and Lebanese restaurant on Jefferson Street Downtown didn't offer its usual lunch buffet on this Thursday, July 3. They were expecting a light turnout on the cusp of the Fourth of July weekend. The restaurant, in fact, only had one cook on staff for lunch. But with Antlers and a few other Downtown eateries closed ahead of the holiday, Athena got slammed and had to turn away diners after it quickly filled up just after noon. It's a good problem to have, but not a consistent one.

Many in Lafayette who aren't regulars Downtown associate the district with nightlife. And unfortunately, some of those non-Downtowners associate the area with drunken crowds and, yes, crime. But that isn't really Downtown Lafayette. That's as much a phenomenon of "if it bleeds it leads" media coverage. There are as many restaurants as bars, and for many years as the Downtown grew into a p.m. destination, communication between the two was, let's say, imperfect. 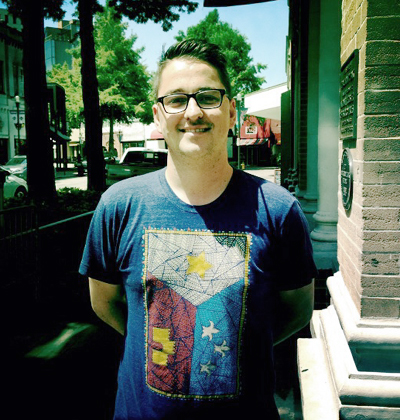 Gus Rezende, the owner of Jefferson Street Pub, which is both a lunch destination and a night-time live-music venue, hopes to change that. Rezende is the driving force (and first president) of the newly created Downtown Lafayette Restaurant & Bar Association. The DLRBA filed papers as a nonprofit with the Louisiana Secretary of State's Office in early June. An inaugural meeting of the nine-member board took place recently, and of the roughly 40 businesses in the Downtown that could qualify as members, 30, according to Rezende, have already joined.

"I thought this was missing in Lafayette," the native of Brazil tells The IND. (Rezende's pub has been a go-to destination for World Cup games; Brazil is still alive in the tournament as of this writing and we know who he's pulling for.) "I thought that we've had so many businesses and I think for the most part, from what I can tell, business owners Downtown have been more reactive than proactive in certain areas, and we've never been united in the sense that we can work together - not just in advertising and promotions, but also when things don't go well. How can we communicate effectively and have a voice in representing our businesses in a better way?"

Rezende says the association will focus on what he calls the three Vs: "Our voice by being united," he begins. "Once and for all bars and restaurant owners will be united to do advertisement together - to have a voice in the community on any issues that might arise downtown. The second V is going to be the volume, by doing advertising campaigns - whatever we might do to increase foot traffic downtown. And the third V is vision. We want to help Downtown development, we want to help the city of Lafayette in their ultimate long-term vision of what they want for Downtown; we want to be right there with them supporting them."

Membership for the remainder of 2014, according to a form sent to prospective members, is $350 plus $150 in gift cards to be used in promotions and giveaways. Rezende says the board hasn't determined what an annual fee will be for 2015 and beyond, but he says the membership dues will help pay for advertising, special events, representing the members before the council and other government agencies, and for a very small part-time staff to do the marking and promotions. Initially, he notes, the DLRBA will start as more of a trade/promotional group with a goal of getting people Downtown, but he sees it eventually maturing into an advocacy group that also stares down tough issues faced by the area.

"We need to get our feet wet as an organization first before we start tackling issues regarding crime, regarding security, regarding whatever it might be in the public perception at this point," Rezende explains. "And hopefully in the next few months, once we're established, then we can start getting more involved in some of the issues." 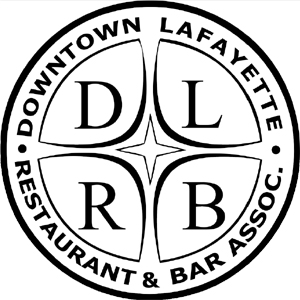 During the association's genesis over the last few months, Rezende worked closely with the Downtown Development Authority and also consulted with the City-Parish Council and Lafayette Police. Rezende says this is the third time Downtown merchants have moved to establish a restaurant and bar association, but the two previous efforts never got beyond the talking-about-it stage. Board members include owners of both restaurants and bars. A DDA board member also sits on the DLRBA board along with a Downtown business owner who isn't associated with the food/beverage sector. (Full disclosure: That non food/beverage DLRBA member is Cherry Fisher May, co-publisher of IND Media, parent company of The Ind.)

"We are excited about its formation," says Nathan Norris, DDA's executive director. "This overdue collaboration between the owners to establish standards and promote special events will make our region's cultural and entertainment center even better."

Rezende echoes Norris' point about establishing standards among the district's eateries and watering holes: "I think that in coming together and us taking responsibility for our own businesses, then it's going to create leverage for us to begin making changes," he says, adding that he wants the DLRBA to start with a tabula rasa free of previous negative publicity's chalk marks. "Until we've put everything behind us - this and that, whatever happened in the past; whatever happened with the go cup,' whatever happened with the [security] levy - if we put this behind us and start with a clean slate as an association representing the bar and restaurant owners in a professional manner, do some effective marketing campaigns to bring people Downtown, hold higher standards across the board for all the businesses, then at some point we're going to have the leverage and the opportunity to start tackling major issues."