Chuck Huebner, the veteran anchor and investigative reporter at KLFY TV10, has been fired.

Chuck Huebner, the veteran anchor and investigative reporter at KLFY TV10, has been fired. According to sources close to the station, Huebner was canned on Monday and is no longer a part of the station's news team. 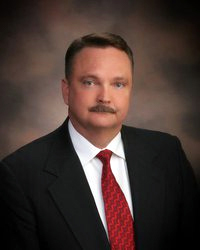 One source tells The IND Huebner's departure was "a cumulative thing," citing long-running tensions between the veteran newsman and management as well as between Huebner and fellow news staffers.

Some IND readers will recall a 2009 month-long hiatus by Huebner - an absence that was characterized as an extended "family leave," although media insiders throughout the market were aware of Huebner's sometimes combative approach to in-house personnel issues. A savvy investigative reporter - "they never should have put him on the news desk [as an anchor]," one insider says, citing Huebner's considerable skills as an investigative reporter who drew on well-cultivated sources - Huebner was said to be frustrated with the lack of experience among staffers in the news department and with the station's general decline in ratings.

Longtime General Manager Mike Barras departed the station last year - a forced departure, we're told - as the station's new management began what has been characterized as a "house cleaning." Those changes also included the demotion of News Director Dwight Dugas, who now serves as interim news director and director of news operations. (Dugas is still identified on the station's website as news director; Huebner, however, has already been scrubbed from the site.)

Huebner's exit is just the latest sign of decline at the once-great CBS affiliate, which was far and away the No. 1 television news source in the Acadiana market in terms of ratings for decades. That began to change in the early- to mid-2000s when the station's ABC competitor, KATC, began to aggressively court viewers with new programming formats. KATC scored a series of coups about that time, first when it lured meteorologist Rob Perillo away from TV10, a move that resulted in a legal battle over a "no compete" clause in Perillo's TV10 contract - a battle Perillo ultimately won. The affable meteorologist has since become a fixture at TV3. The station also signed on former KLFY anchors Hoyt Harris and Darla Montgomery. The former has since retired; the latter bolted back to KLFY after a short run at KATC, but the pair's popularity and familiarity with viewers helped KATC get vital traction in the ratings battle with KLFY.

Now KATC, long the Tonto to KLFY's Lone Ranger, is the leader across the ratings board in virtually every demographic.