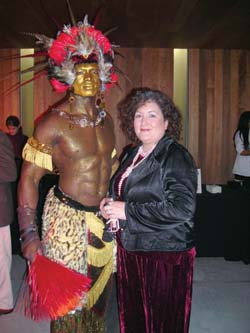 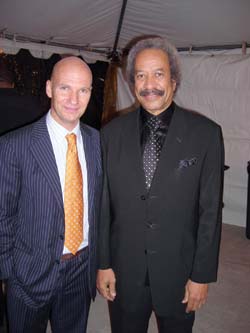 The holiday season was a golden opportunity to bring people together to give to their communities. Time after time, Lafayette proves that festive celebration can also be turned into service for the greater good. (Of course, this being south Louisiana we like our fund-raisers with plenty of fine food and beverages. That’s part of why I love my job: they don’t call me Paté Girl for nothing.)

It was indeed a Golden Gala when PASA celebrated the golden anniversary of its annual wine auction fund-raiser. And what a night it was — the architectural marvel that is Lafayette’s LITE Center made for a formidable backdrop. Grand decorating to a golden motif began with a galleria entrance pavilion lit by large glowing orbs. Gold painted models acted as Maya warrior statues, adding a bit of spice to the setting. The reflection pool and fountain supported a real-life mermaid causing many a man to reflect upon the sparkling waters. Seemingly all of Lafayette’s best restaurants had contributed to a buffet of wonderful treats, and of course wine was poured freely to the hundreds of patrons all dressed in their best. To top it off, New Orleans music legend Allen Toussaint took the stage late in the evening. Oh, and of course there was a wine auction going on featuring incredible prizes and stock from some of Lafayette’s private cellars. One of the most remarkable successes of the auction was a painting by famed artist Robert Rauschenberg that proved to be worth its weight in gold.

Apparently this was the year of anniversaries as the Lafayette Community Health Care Clinic celebrated its 10th annual Silver Bell Soiree at the Cajundome Convention Center. With the theme “Christmas Time in the City,” the venue was truly dressed for the holidays with contributions from Dunn’s Designs, Victory Silks, eLoquence, Home Chic, Danette Danyow Interiors, It’s a Wrap, 712 Designs at Euphoria and Interior Transformations. The Convention Center was transformed into a pseudo-Rockefeller Center, decked out in storefronts evoking Tiffany & Co., Saks Fifth Avenue and FAO Schwartz. For the past decade the Silver Bell Soiree has been the primary fund-raiser to support LCHC, which provides free medical and dental care to the working uninsured of Lafayette. The most fabulous part of the evening was that all items on display were also available for bidding during the silent auction. I didn’t bid on anything, however, because I was a bit too inspired by the Rebel Revue Teurlings Dance Team and kept asking The Robbie Bush Band for more encores. Party On! — PG 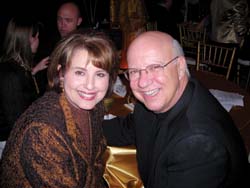 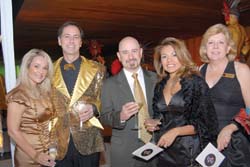 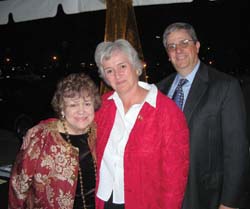 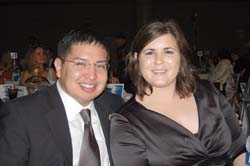 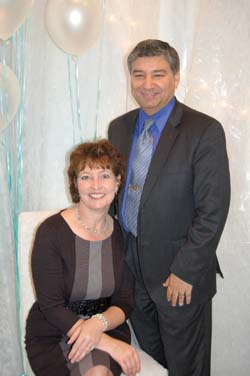 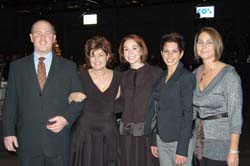 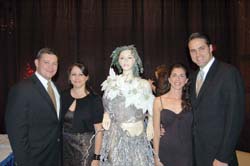 Kane and Michelle Hanks with Danielle and Adrian Baudoin 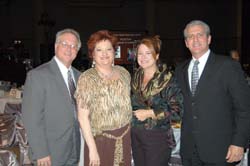 Mark and Debbey Ryan with Kim and Glenn Clark