The Lafayette Police Department setup a roadblock in Freetown this afternoon after a body was discovered inside a nearby antique shop.

The Lafayette Police Department setup a roadblock along Jefferson Street between Gordon and Lamar streets this afternoon after a body was discovered inside a nearby antique shop.

Lafayette Police spokesman Cpl. Paul Mouton says the department was notified about the body at 10:50 a.m.

He says the body - whose identity has yet to be revealed - was found this morning inside a business located at 1309 Jefferson St., which according to Google Maps, belongs to A Gift Horse antique shop, located between Tammy's Grocery and Lafayette Community Health Care Clinic. KATC TV3 reports that the business had been closed for several days, leaving it unclear as to the person's time of death.

According to Mouton, no foul play is suspected.

"It has been determined as a death by natural causes," Mouton tells The IND. 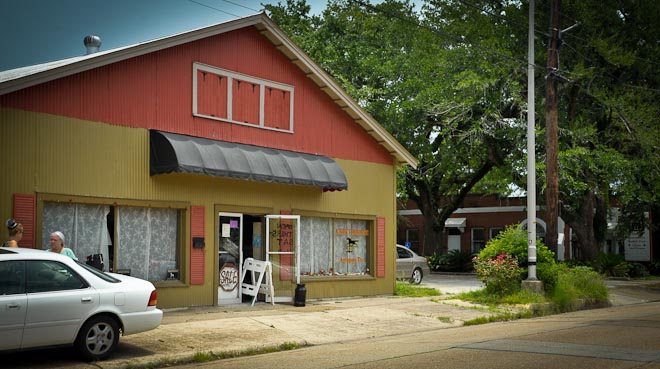