KLFY TV10's longtime anchor and investigative reporter Chuck Huebner has responded to his recent termination from the station, confirming that his departure was a long time coming.

KLFY TV10's longtime anchor and investigative reporter Chuck Huebner has responded to his recent termination from the station, confirming 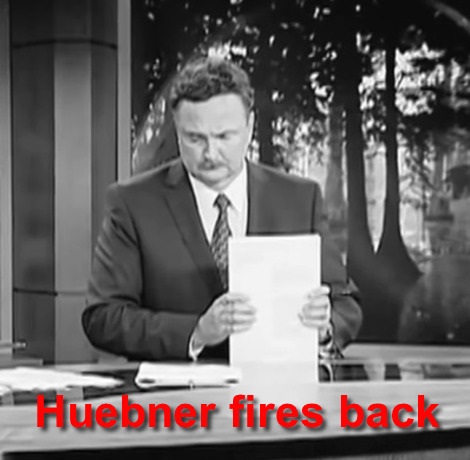 that his departure was a long time coming.

Huebner, in a statement issued Thursday to The Daily Advertiser, says:

I don't want to say anything critical of TV10 because there are still a lot of people there I like and admire and I hope things get better for them.

I will say my departure is something that has been coming for a long time. The issues were indeed cumulative.

Even though it hasn't been a mutually beneficial relationship for quite some time, parting ways after three decades is difficult.

I would like to thank all of those who have reached out to me since my departure with words of support and encouragement.

Many of them are individuals I have not had a chance to see or talk to for years. That means a lot.

To the people of Acadiana, I want you to know you are the reason I went to work every day. I'm honored for having had the opportunity to work for you and for you allowing me into your homes each night for the last 30 years.

I wish you all the best of luck and hope you will do the same for me.

When asked about his plans going forward, Huebner wasn't specific, saying, "I'm looking forward to the future and whatever that brings."

For now, Blue Rolfes, another longtime KLFY anchor, will fill in for Huebner until a replacement is found.