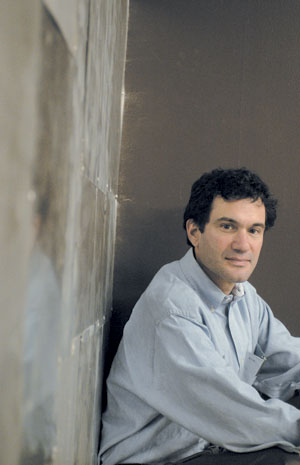 It began like a normal workday for Acadiana Arts Council Executive Director Buddy Palmer. On Thursday, Jan. 10, he arrived at the downtown Acadiana Center for the Arts at his usual early morning hour, walked up to his office on the second floor and reviewed his e-mails. Shortly afterward, he left to attend a meeting with three AAC board members: President Ed Abell, President-elect Vincent Miholic and Mike Pelletier.

Later that morning, AAC staff was informed in an impromptu meeting that Palmer had tenured his resignation, effective immediately, and the board would be launching a search for his replacement. Three days later, an ad appeared in the Sunday edition of The Daily Advertiser, seeking applicants for the executive director’s position. The following Monday, Jan. 14, the board appointed Vicki Chrisman, assistant director of both Louisiana Crossroads and Louisiana Folk Roots, interim director of the AAC.

Reached at his home last Friday, Palmer declined to discuss specifics about his final meeting with the board leadership, or what pushed him to resign so suddenly. “I’d just say that the circumstances of the organization, the crossroads at which the organization found itself, really dictated a quick decision on my part for my future,” he says. “And it was at a place where I had to think about myself and my family. It was the necessity of the situation that really made the decision a quick one.”

Palmer didn’t begin his last day at the arts council intending to resign. “My wife tells me I need to be more spontaneous — maybe I listened to her,” he says.

Media inquiries about Palmer’s departure have all been directed to Abell, who presides over the AAC’s 18-member board and is an attorney with the Onebane Law Firm. Reached at his office last week, Abell spoke cryptically about the shakeup within the organization, pausing frequently before completing his answers.

“[Palmer’s resignation] was a little bit of a surprise,” he says. “But, he’s done what he’s done, so … we’re moving on, and we wish him well. Buddy’s a good fellow, and he’ll be fine. But … the programs are full speed and, there we are. That’s all I can tell you.”

Asked the reason Palmer gave for his resignation, Abell responds tersely: “No reason. He resigned.” Abell did say that Palmer resigned both in person and through a subsequent letter to the board. Abell would not provide the letter, nor say whether Palmer would be receiving any sort of severance pay from the board.

Much of the speculation in the arts community has centered on whether Palmer was forced out by a new board, now comprised largely of representatives from the local business community. In addition to Abell, the board’s officials are Treasurer Joseph Zanco, a local CPA, and Secretary Kimberly Florsheim, an executive in the hospitality industry. Other members include Chase Bank Acadiana President Barry Berthelot, business investor Jim McGehee and Coldwell Banker Realtor Flo Meadows.

Palmer says his job had increasingly become that of fund-raiser and facility manager for the Acadiana Center for the Arts, the 27,000-square-foot facility at the corner of Vermilion and Jefferson streets. “The board of directors,” he says, “really finds the need to put a great deal of their personal focus on the finances and the fund-raising side of things, and that’s very important. Obviously, you can’t survive if you don’t do that. And I think we were doing that and doing a good job of it, but that side of things maybe wanted more, and I wanted more of the arts and community side.”

“My background is really community arts,” Palmer continues. “I think probably since the Arts Council undertook the Acadiana Center for the Arts, the financial obligations that came with a big project like that have shifted the focus of the board of directors. And my heart is really with artists and the community and the role that artists play in building community.”

Palmer has been the executive director of the Acadiana Arts Council since January 1995. He came to Lafayette from Selma, Ala., where he served four years as the executive director of the Selma/Dallas County Arts Council. Palmer has also served as an arts organization consultant for the Alabama State Council on the Arts and the Mississippi Arts Commission.

Palmer headed the local arts council throughout a period of unprecedented growth. During his 12-year term, the AAC went from a $240,000 budget and a two-person staff to a $1.2 million annual budget and 11-member staff. In 2000, Palmer also helped oversee the start of Louisiana Crossroads, a successful local concert series modeled after Austin City Limits; in recent years, the AAC launched Project HEAL (Help Employ Artists Locally), which has assisted displaced and struggling artists impacted by hurricanes Katrina and Rita. The council also is responsible for administering some $300,000 a year in state grants throughout Acadiana’s eight-parish region.

In 2004, the AAC moved out of its 5,500-square-foot building on Lee Avenue and is now headquartered in the much larger Acadiana Center for the Arts facility, replete with premier gallery space, workshop studios and offices. The AAC hopes to soon break ground on a long-awaited second wing of the center, which will house a state-of-the-art performing arts theater. After the second wing is completed, the center will encompass about 50,000 square feet, at a total cost of just under $15 million.

By most accounts, Palmer ran an open and efficient office. A 2005 state audit of the organization, while not directed to issue any opinions on the AAC’s financial situation or management, did not turn up any misstatements, errors in reporting or general noncompliance. Community partners, which have included the Downtown Development Authority and the Lafayette Convention and Visitors Commission, all expressed having a good working relationship with Palmer.

“I always felt positive about my relationship with Buddy,” says Amy Waguespack, director of Acting up in Acadiana, the Acadiana Center for the Art’s resident theater program. “I always felt like I could approach him and discuss things with him.” Waguespack, whose theater group partners with the AAC to run classes and programs at the arts center, is not a member of the council’s staff.

Waguespack says Vicki Chrisman told her last week that Palmer had resigned to pursue other interests. “I was a little shocked,” Waguespack says, “as I think a lot of people were. [The news] certainly caught some of us by surprise.”

The added stress the Acadiana Center for the Arts placed on the AAC has been evident. When the organization took on the building and its management, it was largely done without a corresponding increase in staff and budget. “They all kind of got thrown into the fire in that facility,” Waguespack says. “I felt for them being put into that position.

“When you’re working in the arts,” she continues, “you’re already overworked and underpaid and then suddenly you’re in a facility five times the size of the one you were in before, with five times the overhead and five times the expectation and without the staff to make it work.”

The AAC has slowly added staff positions since the move and now employs a full-time curator for its gallery at the Acadiana Center for the Arts. Another constant point of frustration for the AAC has been the funding and construction of the second wing of the center. Originally scheduled for autumn 2005, hurricanes Katrina and Rita bumped the project down the state’s priority list. It was finally put out for bid last year, only to have construction prices come in more than 50 percent over budget. Local legislators recently managed to secure some additional funds to cover the increase but not before the bids expired. Abell says the project will soon be re-bid.

Palmer felt that fund-raising efforts, including last year’s highly successful Gulf Brew event, had recently been on an upswing. “I think there was a lot of room for growth and a lot of great opportunity,” he says.

While Abell declined to comment on whether Palmer’s fund raising and Acadiana Center for the Arts management played a factor in the resignation, he stresses that oversight of the arts center will be a crucial task for the council’s next director. “The management of that property is a big responsibility,” he says. “It’s going to get bigger when the theater is built. So, we’ll need somebody who can really direct that sort of thing and also be a significant player in the community to help us raise funds. It’s a big job.”

Abell says the board has not set any specific timeline for finding its next director.