The New Orleans conceptual artist explores an unsettling theory in a new exhibition at the AcA. 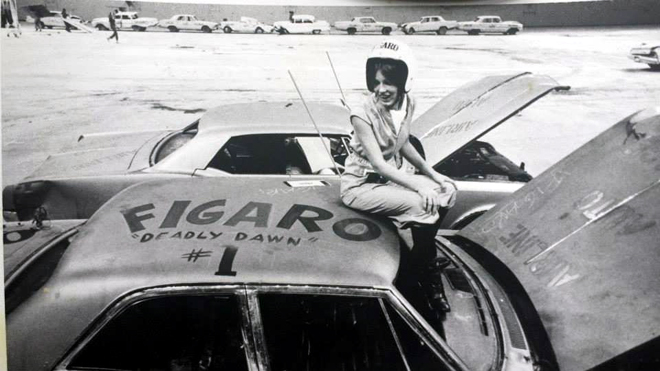 Dawn DeDeaux is also known as "former champion of the Demolition Derby."

New Orleans conceptual artist Dawn DeDeaux's captivating and challenging new exhibition, "MotherShip" (slide show below), opened Saturday in the Acadiana Center for the Arts' main gallery. A mixed-media exploration of astrophysicist Stephen Hawking's theory that humanity has 100 years remaining as a species to figure out how to get off a planet doomed by over-population, global warming and looming resource crises, "MotherShip" is an extension of DeDeaux's trailblazing use of immersive environments.

DeDeaux's work has been widely exhibited nationally and internationally, including at New York's Whitney Museum of American Art, the Seattle Center for Contemporary Art, the Delfina Studio Trust in London and Austin's Blanton Museum of Art. Most important - and DeDeaux understandably considers this a highlight of her biography - she was the champion of the 1976 Demolition Derby in the Louisiana Superdome - the only female demolisher in a field of 35 contestants. Let that sink in.

1. Tell us about the genesis of "MotherShip." What inspired it?

To encapsulate our future challenges I chose MotherShip as the unifying title for the series: it is both a metaphor for Earth in need of stewardship; and if we fail, MotherShip becomes our constructed lifeline vessel to transport us to new frontiers beyond. If you share the projections of astrophysicist Stephen Hawking, we have 100 years left - not to save the earth but to leave her. In either outcome, MotherShip is the link to our survival. 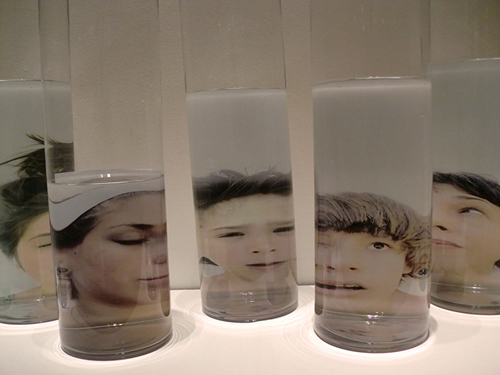 I have a longtime interest in mythological predictions and mathematical equations that calculate the future. For example, by 2045 Earth will host 9 billion human inhabitants. Suddenly you realize that this planet of ours is rather small. Where are the resources to sustain 9 billion people? Historically wars, viruses, natural disasters and now terrorism can deliver huge reductions in the population, but who among us is cheering for this as a solution? Instead we turn to our scientists who are busy trying to make the numbers add up by calculating land mass in relationship to rising seas, identifying zones viable for agricultural growth that will not be impacted by global warming, engineering massive aquiculture farming on epic scale to offset the ever-increasing ocean dead zones and wildlife specie extinctions occurring in record number, envisioning the divisions of fresh water, soon more valuable than gold, measured by the ounce and distributed by the drop to the masses and so the future unfolds.

2. Is this mixed media? What media are used in the exhibition?

Yes, the exhibition is mixed media. I work with a wide range of materials that can include slabs of polished acrylic, digital drawings rendered on metal, mirror or paper surfaces, video and found objects such as the burnt timbers and discarded farm equipment included in the exhibition. Lighting is always an important tool as much is "drawn" by way of the creation of shadows.

3. Do the media help convey a message?

I was trained as a painter but I choose from a wide array of media to best deliver the core idea or desired message. In my Lafayette exhibition there is a mix of sculpture, two-dimensional wall panels and mobile installations.

4. You're a New Orleanian. You must be especially sensitive to calamity and environmental threat, no? 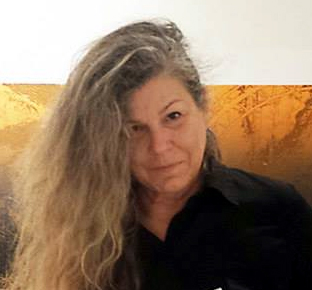 The MotherShip series was no doubt prompted by the Katrina - BP Oil Spill wake up call. My comprehension of future challenges is constantly heightened when you can watch the ecological battlefront from your own back yard in south Louisiana - a yard scheduled soon to slip into the Gulf. The exhibition clearly reflects my concern for the tough ecological problems we face. For example, sculptures such as Water Markers depict metaphorically the height of Louisiana's rising waters, while the series Test Tubes: Portraits of a Family address the threat of water contamination that can result from fracking and the estrogen levels found in our waters that can lead to species sterilization and extinction.

My work "Another Exodus for Evangeline" is a tribute to the iconic oak tree of Acadiana - and the mythic-but-true-story of how south Louisiana was settled by the Acadians after an epic exodus from Nova Scotia. Today, with the loss of wetlands and rising sea, residents to the east of Lafayette will soon face a second massive exodus to higher grounds as we lose a football field of land every 35 seconds. While Lafayette is less impacted, we can't stand back and watch the demise of New Orleans and the great towns along the eastern coastline.

5. If you were alive in a century and humanity found a way to get off the planet, would you go?

Yes, I would volunteer to leave because I don't have children. I could help pioneer new habitats that will inevitably be needed. I would miss Earth in the most terrible way. I love to garden even more than I love to make art. In this regard, the wall installation in the exhibition titled "Souvenirs of Earth" is highly personal and an expression of this highly valued experience of life on Earth.

6. Are we at the point of no return with regard to global warming/climate change/world population? 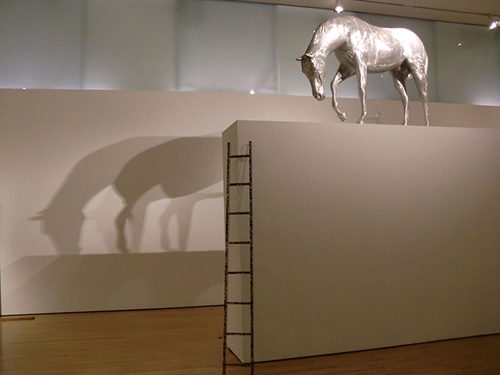 I know that a majority of scientists would argue that we are "toast." When calculating the numbers for survival, the stats just don't add up to a good outcome. I am no scientist yet somewhat rational, but in spite of the math I still believe we have a shot at saving Earth for a longer stretch than Hawking's 100 year projection. Regardless, some among us will have to leave to pioneer other future habitats, if for no other reason than to mine needed resources to sustain the population on Earth.

But in the duration let us do whatever we can to delay the exodus. And I draw my own optimism from the younger generations. It is heartening to observe changing habits in terms of energy consumption, alternative energy, organic foods, recycling and the ability to utilize social media to proactively stand up for important issues. There are worldwide efforts but I am specifically proud of the environmental leadership in South Louisiana and how individual groups such as Bucket Brigade, Gulf Restoration Network, Restore Louisiana Now and Levees.org are now working together behind the banner of The Green Army. It seems as though a line has been drawn in the sand, punctuated by the recent Louisiana legislative effort to kill the lawsuit against oil and gas companies asking for the restoration of dredged canals that contributed to coastal erosion. The efforts led by historian and writer John Barry and General Honoree are heroic and it has pushed hope across the threshold.

Beyond our efforts to restore our land and environment for upcoming generations, we must also keep an open mind about pioneering space, for even the Sun has a projected END date,  Then we have to face the inevitable colonization of space. Funny thing that mankind's chemical composition is the same as a star   maybe we will be returning to another place once home.