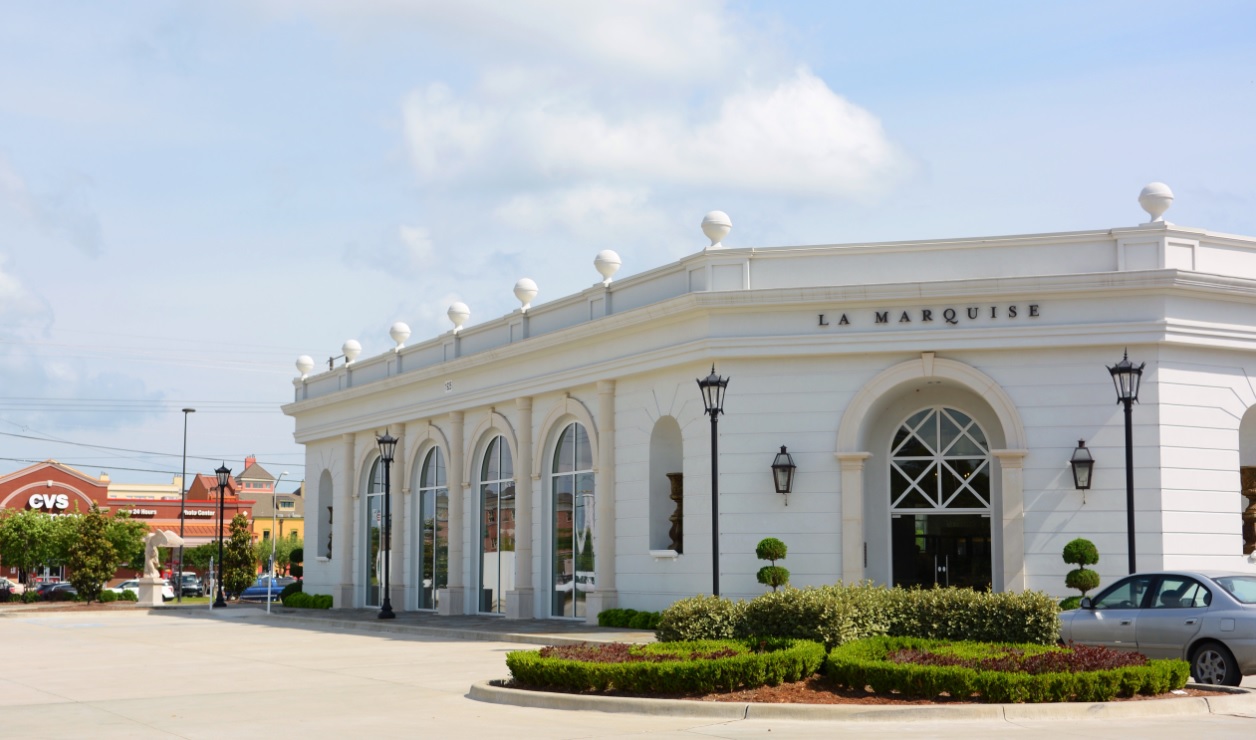 On Sept. 1, La Marquise will officially become an extension of the Petroleum Club. The Oil Center-based club plans to begin hosting events at the new venue by early October.

Developer Glenn Stewart's La Marquise, the high-end women's clothing and accessories store that anchors his Parc Lafayette retail and office development, will close Aug. 15 to pave the way for a new special events venue in its place.

John O'Meara, general manager of the Petroleum Club of Lafayette, confirms to ABiz that the 6-decades-old private club will soon offer its membership the new amenity in the stunning, 16,000-square-foot building.

As of Sept. 1, the La Marquise building, located on the corner of Kaliste Saloom and Camellia Boulevard, will become an extension of the Oil Center-based Petroleum Club, offering members and their guests a new place to host wedding receptions, banquets and other events for as many as 1,500 people, O'Meara says. The new facility at 1925 Kaliste Saloom Road - the name La Marquise is being retained (O'Meara says Stewart is only the landlord and not involved in the new venture) - is expected to begin hosting events in early October.

Most of the food preparation will be done at the Petroleum Club, and a mobile kitchen will be brought in when needed.

"It is beautifully decorated, and with minor conversion will make a wonderful venue for both ceremonies and receptions and special events," O'Meara tells ABiz. "We have catered large receptions and other events from New Orleans to Lake Charles many times. In the beginning it will not be suitable for multiple events at the same time; perhaps later if there is a demand it can be renovated to fit the demands."

O'Meara says the Petroleum Club has already booked several wedding receptions at the new venue for 2015. "There will be a partition curtain, floor to ceiling, that will allow us flexibility to adjust the room size to fit the needs of each event. I feel it will be mostly used for receptions from 250 and up to 1,500; seated banquets will be approximately 750," he adds.

O'Meara says the Petroleum Club has a three-year lease with renewal options.

As ABiz reported in early May, Stewart (a former radiation oncologist) finally put his long-troubled anchor building up for sale or lease - apparently ready to look to cut his losses on the women's store, originally envisioned as the centerpiece structure of Parc Lafayette when it opened two years ago. The store, however, never took off.

For that May story, a local real estate source familiar with the listing told ABiz Stewart was asking $25 a square foot to lease the building ($33,300 a month) but was willing to part with the building for $4 million - and was even willing to have a tenant share the space with a downsized La Marquise. Should anyone have bought or leased the entire space, our source said at the time, Stewart was leading people to believe he would relocate La Marquise. With Petroleum Club retaining the name for its new venue, it's highly unlikely the store will reopen in another spot.

O'Meara declined to comment on Stewart's asking price and the financial terms of the Petroleum Club's lease arrangement.

He says all inquiries about events at the new location should be directed to Special Events Coordinator Denise Richard at 232- 2582.