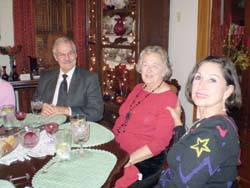 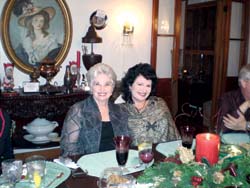 While it killed me to miss dinner at Crystal Rice Plantation and Heritage Farm, I was more than thrilled to have friends there that evening to tell me all about it. Crystal Rice Plantation along with Chef Patrick Mould created a unique Acadia Parish version of the New Orleans Reveillon with local agricultural ingredients. My mouth watered when I read the menu: pear gorgonzola sweet and spicy pecan salad with cane syrup herb vinaigrette, grilled duckling Acadia Paris, cranberry-apricot compote and seasoned wild rice and a finish of rice pudding with brandy vanilla sauce originated by Blue Rose Museum founder Frances Wright. Rounding out the evening, the guests were treated to a candlelight tour of the Blue Rose Museum. Party Girl wants to toast Chef Patrick Mould for an amazing fete and with all of this talk of good food and drink, Party Girl also wants to toast to the Mardi Gras season upon us! Let there be no doubt in anyone’s mind that when Washington Mardi Gras kicks off in D.C. this week, Lafayette’s suite will be the place to see and be seen at the Hilton Washington. Last year’s inaugural suite was a hit, a real showcase of what our great community has to offer, but this year the Queen Mother has taken charge, and Dana Armentor will not be outdone. Last year $44,000 was raised for the suite, and this year local business people have kicked in more than $100,000; Lafayette even has its own logo and slogan, “The Crown Jewel of Louisiana,” and a running loop of video that highlights Lafayette’s quality of life, including its many attractions, will play throughout the three-day event. Suite entertainment will be provided by Walter Jr. and Bob Nash, and Dana plans to jump in from time to time to perform a few numbers from her just-released CD. Hosts for the suite are City-Parish President Joey Durel and his wife Lynne, LCVC, LEDA and the Greater Lafayette Chamber of Commerce. You’ll all be very happy to know that private donations are the sole source of financial support for the suite, and the city of Lafayette will again benefit immensely from the exposure. Of course, Dana and Glenn Armentor, proud parents of 2008 Queen Autumn Armentor, are Diamond sponsors, along with Acadian Ambulance, Atmos Energy, 2008 King Wayne Elmore and his wife Connie, Mike Hillman of Gulf Fleet, McDonald’s of Acadiana, MidSouth Bank, Rault Resources Group and River Oaks Catering. There’s also a long list of Emerald and Ruby sponsors, which paid $2,500 and $1,000 respectively. Dana hosted a suite preview and sponsor thank-you gathering at her West Bayou Parkway home last Friday. “The purpose of the suite is to showcase Lafayette statewide and on some levels to a national audience, because there is a strong Washington presence there,” Dana says. “It’s a tremendous networking tool to reach people. It’s just a networking heaven for business, for economic development, for tourism.” Party On! — PG 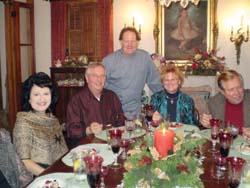 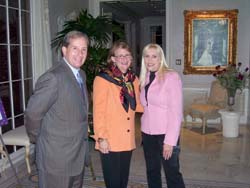 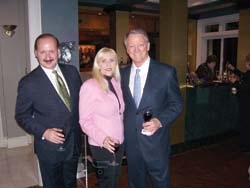 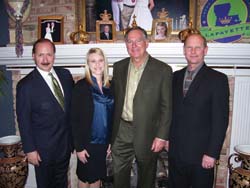 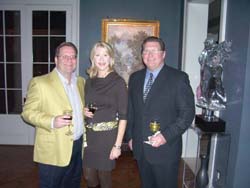 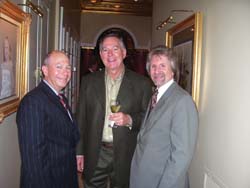 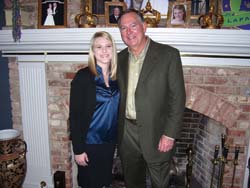