It would be an understatement to say Schumacher Group had a challenging year in 2013. 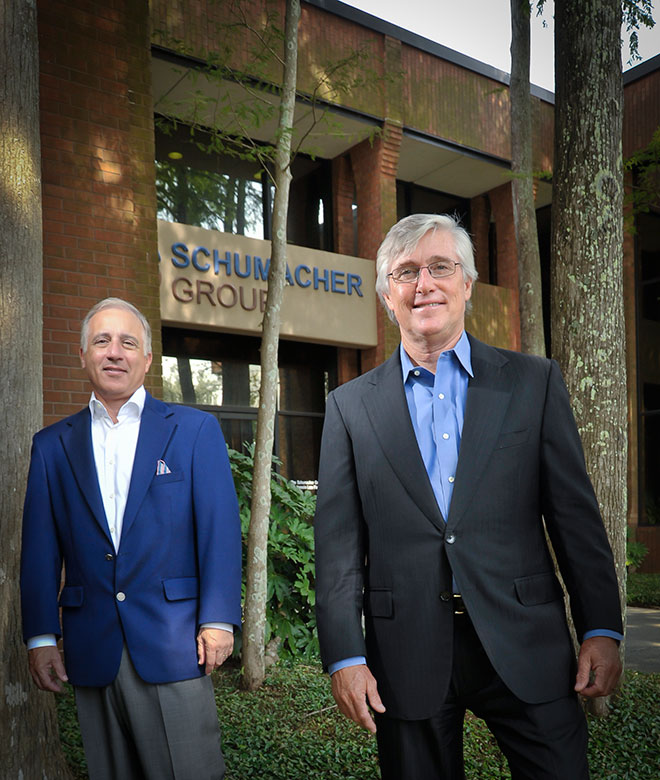 It would be an understatement to say Schumacher Group had a challenging year in 2013. Three rounds of personnel cuts, with the last one in October bringing the company's corporate-wide job eliminations to 115 (including 83 in Louisiana), combined for a 6 percent reduction in its workforce last year.

All of these adjustments, however, were inevitable, as Schumacher - like just about every other company involved in the health care arena - began positioning itself for what it calls "historic changes in the U.S. health care structure that have created new marketplace realities."

So don't let the cuts deceive you. This Lafayette-based emergency department staffing and management company remains a force in the industry - and a force in Acadiana: Schumacher has for the first time in the history of the Top 50 assumed the No. 1 spot on the list. And it's probably going to be difficult to knock it down, as its revenues (down only 2 percent) outpace its closest contender by $165 million.

The elevation to the top is all the sweeter for Schumacher, which celebrates its 20th anniversary this year. In many ways - provided it continues to adapt quickly - the outlook for the company could be brighter than ever.

"It's too early to predict [the] exact impact of ACA as exchanges are just now coming on line, Medicaid expansion is happening on a state-by-state basis, and some other provisions have not taken hold," says company founder and Executive Chairman Dr. Kip Schumacher. "Full impact - which could be positive for the company - will take several years. We have a clear vision of where we are headed but recognize that environmental uncertainty will require continued course corrections and the ability to innovate."