Hampton Toyota has been serving Acadiana as the premier Toyota dealership for more than 10 years. And now, the glossy Johnston Street dealership is looking forward to a makeover. 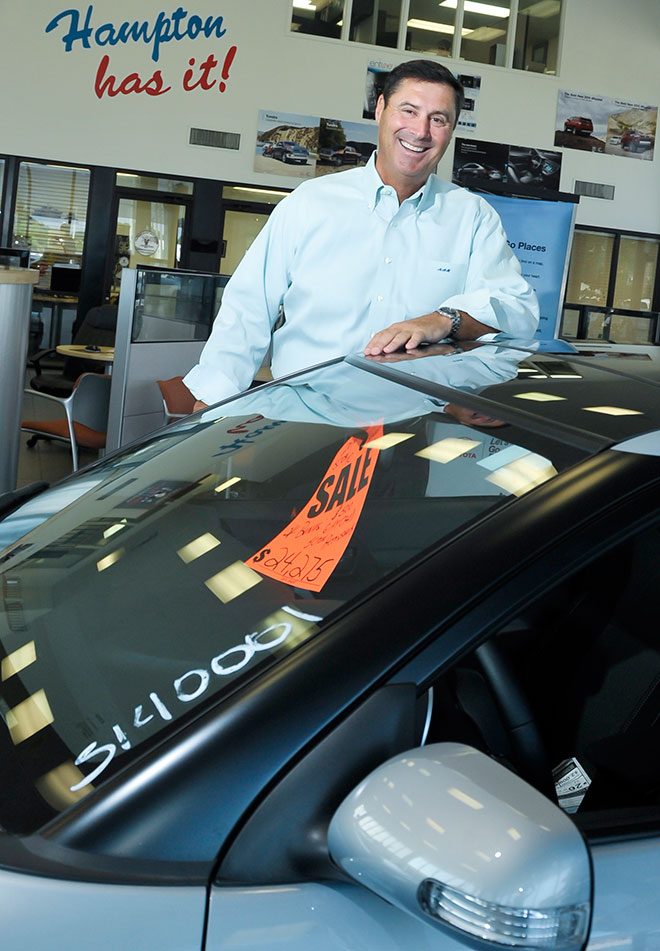 Hampton Toyota has been serving Acadiana as the premier Toyota dealership for more than 10 years. And now, the glossy Johnston Street dealership is looking forward to a makeover.

That might be an understatement as the company logged northward of $86 million in revenues from last year - a sizeable $20 million increase from 2012.

"Part of our change is attributed to our service department hiring a bunch of new people," says Perry. "The majority of our expansion is going to be in that area."

"We just focus on gaining market share and so we're selling a ton more cars," says Perry. "And internally, we've just changed our mindset that we're not going to be beat on any deal, so we got a lot more aggressive on the sales side. We seek sales from Lake Charles to Baton Rouge where in the past we just kind of sailed around here.

"And we're a lot better staffed on the service side," he adds. "So we can combine and get through 25 percent more cars in service."

Now that it's flush with revenues, Hampton is gearing up for a $5 million building expansion, essentially doubling its size from its current 26,000 square feet up to 52,000 square feet within 12 months.

"It's going to be the same location; we're just renovating where we are," Perry explains. "Basically, our sales showroom and our service department are both going to double in size and we're going to add about 300 parking spots."

Hampton hasn't broken ground on construction yet, but is aiming to have the renovations completed by December 2015.

And while speculation is rampant on Hampton spearheading a Lexus dealership in the area, Perry assures ABiz that the notion is just a rumor at this point.

"It's not something you should just build," says Perry. "You've got to wait to see if [Lexus is] going to add [a dealership], then you've got to qualify for it."