As the second largest metal heat treating company in the country, Analytic Stress Relieving Inc. has grown by leaps and bounds since its inception in 1979. 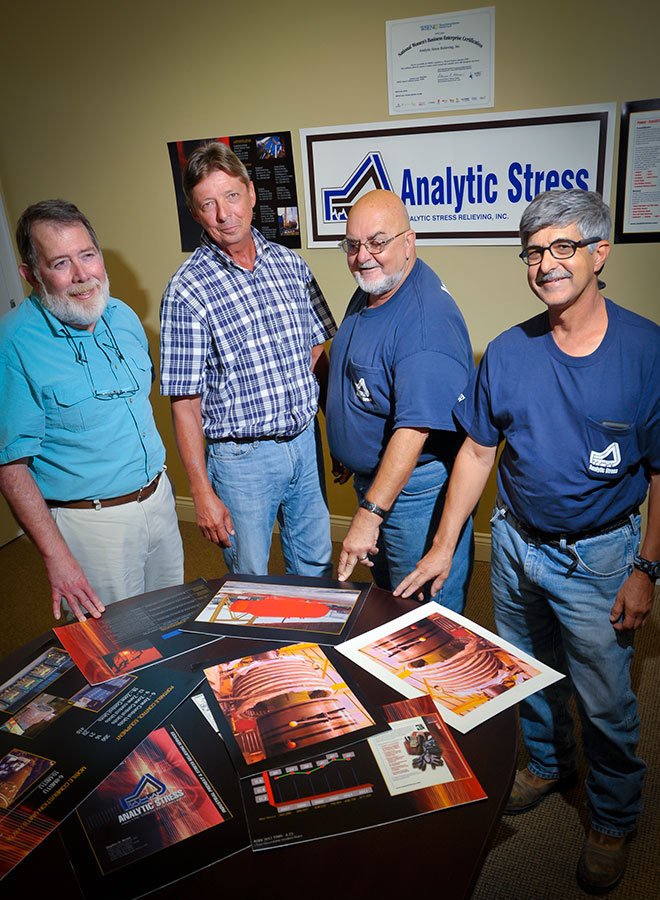 As the second largest metal heat treating company in the country, Analytic Stress Relieving Inc. has grown by leaps and bounds since its inception in 1979. Beginning with a single Lafayette office, Analytic now has eight branch offices blanketing the Gulf Coast and two offices on the East Coast with a third on the way.

While the company initially focused on heat treating of metals relating to the oil field, Analytic has expanded into the refinery and petrochemical businesses.

"That's why we're all over the Gulf Coast from Corpus Christi to Houston to Beaumont to Lake Charles to Baton Rouge to Pascagoula," says Dalton Meaux, vice president, treasurer and CFO of Analytic Stress. "Wherever there's a major refinery or petrochemical center, we're there to supply the needs of the heat treating industry."

The company had more than $53 million in revenues for 2013, a nearly $9 million rise from the year before. "There's a lot of refiners that have been expanding or making their processes better, and anytime they make changes inside their plant, their critical welding procedure normally requires our heat treating services," Meaux says in accounting for the revenue surge.

As for future plans, Meaux says Analytic Stress is eyeing another branch office in the Ohio market in September.

Analytic's stellar 2013 now appears as a fitting tribute to the vision and leadership of longtime President Patrick Gauthier, who lost his battle with cancer in May of this year. Gauthier, who had been with Analytic Stress since the beginning, had served at the company's helm since 1994.

"We recognize that he was a large part of everything," notes Meaux. "He made provisions that the company was in good hands whenever he left and that we still had good management in place and that the outlook still looked bright for Analytic."