When the Prohibition era came to an end in 1933, Joseph R. Streva saw an opportunity to make a little extra money to supplement his day job. 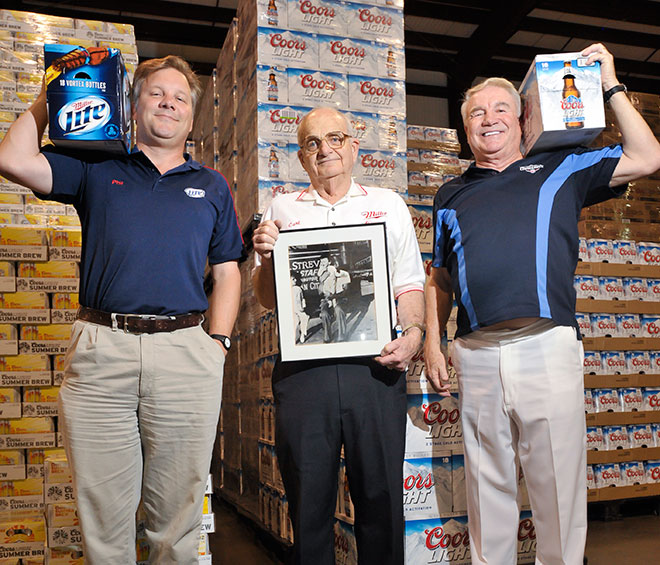 When the Prohibition era came to an end in 1933, Joseph R. Streva saw an opportunity to make a little extra money to supplement his day job.

A printing shop employee by day, Streva was one of the first people to receive a wholesale alcohol permit from the state of Louisiana in 1933. He bought a truck, and would make weekly trips to New Orleans to buy beer. After a full work day in the printing shop, Streva would then head out each night to the various barrooms between New Iberia and Morgan City selling beer.

By World War II, Streva's side gig had become so lucrative that he was able to quit his day job and put all his time into the beer business.

"For us, we were raised in the beer business," says Streva's youngest son Jerry, 73, who now heads the business with his older brother Carl, 79. "Dad just had a great love for the beer business. He was there in the days of prohibition, and saw an opportunity when they made alcohol legal in '33. It was an opportunity that most people didn't realize. He really just enjoyed good fellowship and a cold beer."

After mostly selling a now-defunct regional beer known as Falstaff, the company quickly grew over the following decades, picking up big-time contracts from the likes of Miller Beer in the 1960s, Coors in the '80s and Heineken in the '90s.

Their territory now comprises three parishes - Iberia, St. Mary and St. Martin - and they recently underwent a transition, selling off the soft drink portion of the company to Lafayette-based Schilling Distributors.

While the decision to get out of the soft drink business resulted in a drop in revenues - down from $13.2 million in 2012 to $12.7 million in 2013 - the company is still going strong as a wholesale beer distributor, says Carl Streva, adding no employees were laid off in the process.

"We loved the soft drink business," he says, "but felt it was time to let go of that and just concentrate on beer, which has proven very successful for our family over the years."